Bulldogs select alumni Davis to be next head coach 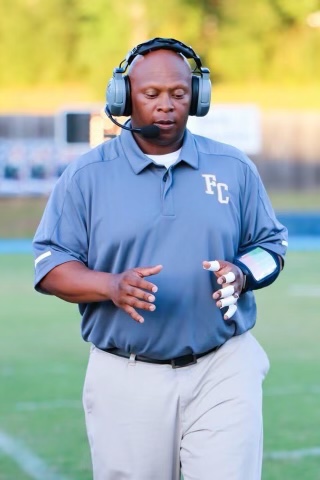 Natchez has named Steve Davis its next head coach. He is a Natchez High School Alumni and attended North Natchez for three years. He was the offensive coordinator this past season at Franklin County High School. (Submitted Photo)

Davis is a Natchez native and attended North Natchez for three years until they combined into Natchez High School.

Moore said Davis was selected from among 20 applicants for the job.

He graduated from Natchez High in 1990. His junior year of playing football at North Natchez, he recalls the sting of losing in the south state final to Laurel. Natchez had good teams in 1995-1996 and in 2008-2009, he said. He hopes to return the program to those standards of excellence.

Davis currently works at Franklin County High School and was the offensive coordinator there. He will work for the Natchez district as a teacher. Math is his subject of expertise as he taught at the high school level and some AP level courses, Moore said.

Davis said he found out he got the job by a phone call.

“I have been trying for this job for a while. I always came up short. When I did my interview I felt confident leaving it,” Davis said. “When I got the call I was beside myself. I was overwhelmed yet it is really happening. I put so much pressure on myself. Now I get a chance to prove my work and prove myself that I always had what it took. I’m grateful and I’m ready to work. I hope these student athletes are ready to work.”