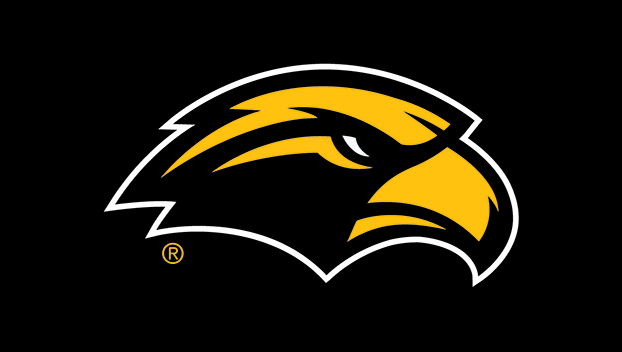 Pearl – Danny Lynch blasted an eighth-inning, three-run homer to cap a four-run frame in leading No. 18 Southern Miss to come from behind in defeating No. 7 Ole Miss 10-7 Tuesday night at Trustmark Park.

The Golden Eagles (20-8) won for the 10th time in their last 12 games and have now beaten the Rebels in three of the last five meetings.

Down 7-6 in the top of the eighth, Reece Ewing tripled to right-center field and scored one batter later as Christopher Sargent singled through the left side. After a walk to Slade Wilks, Lynch blasted a 0-1 Brandon Johnson into the Golden Eagle bullpen over the right-center field wall for the final scoring margin.

“I was trying to just hit a single and he left one over the plate,” said Lynch on the Southern Miss postgame radio show. “And I was able to do some damage.”

Southern Miss outhit the Rebels, 14-6, as both Ewing and Will McGillis led the way with three hits and all but one Golden Eagle in the starting lineup registered a hit in the contest.

Garrett Ramsey, the fifth of six pitchers for the Golden Eagles, came in after Ole Miss took its final lead to throw two shutout innings as he fanned four to get the win and improve to 3-0.

Ramsey did give up back two hits with two outs in the ninth, but Landon Harper came in to get the final out to earn his team-leading fourth save.

The Rebels jumped out quickly in the second inning. After getting a couple of outs, Southern Miss starter Tyler Stuart walked a pair of hitters before Hayden Dunhurst hit a home run to right field to give the designated home squad a 3-0 lead.

That lead did not last long as the Golden Eagles tied the score in the next half inning.

Carson Paetow started the offense with a one-out double and scored one batter later with a Dustin Dickerson double. Reece Ewing followed with an RBI single of his own to knock in Dickerson. The Golden Eagles then took advantage of a Rebel error for their final run of the frame.

Southern Miss then took the lead in the fourth on an RBI double from Paetow and then extended the lead to 5-3 in the fifth on a Rodrigo Montenegro run-scoring single. The Golden Eagles then pushed their margin to a three-run advantage in the seventh as Montenegro registered his second RBI single of the game.

Ole Miss, though, was not through with their scoring and plated four runs of their own in their half of the seventh to retake the lead.

The Rebels loaded the bases on a pair of walks and a single. Peyton Chatagnier started the scoring with a sacrifice fly, before Jacob Gonzalez tied the game with a two-run double. Gonzalez then helped give Ole Miss the 7-6 advantage by scoring on a balk by Golden Eagle reliever Dalton Rogers.

Johnson, who gave up Lynch’s third round-tripper of the season, suffered the loss and fell to 1-1.

Natchez athletics to compete all day Thursday, here is…