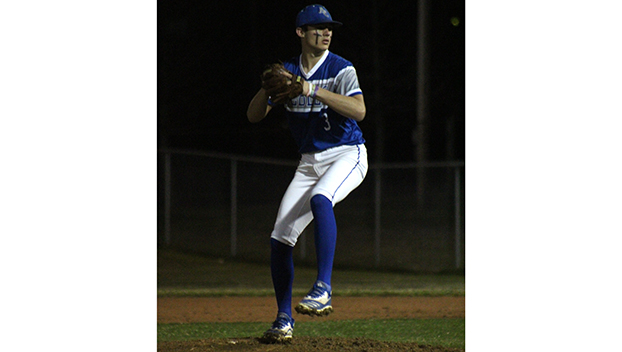 NATCHEZ — Led by the solid pitching of Coleman Carter and a three-hit performance by Tate Walsworth, the Adams County Christian School Rebels upset the Central Hinds Academy Cougars 10-8 last Friday night in Game 2 of an MAIS District 3-5A varsity doubleheader.

The win by ACCS was huge for two reasons – first, it gave the Rebels their first win in District 3-5A this season and, second, it dropped Central Hinds into second place behind Copiah Academy in the district standings.

“It was a big win for us. It was a great feeling, especially for my guys. They needed that feeling of what it tastes like to win in district,” Rebels head coach Jake Winston said. “For my young guys, they were pumped up. We’ve been playing some good baseball as of late.”

Carter went six innings and the Rebels played good defense behind him throughout the game. And it helped that they gave him plenty of run support.

“I was really proud of the way he threw the ball and we played good defense behind him. He threw some big pitches when we needed them,” Winston said. “We never lost the lead. We got up early and stayed in the lead. We got some timely hits when we had runners in scoring position.”

One of those players who came up big at the plate was Walsworth, who went 3-for-4 with a double and three runs batted in. DK McGruder was the only other multiple hitter for ACCS as he went 2-for-3 with a double and a walk. Connor Aplin also had a double for the Rebels.

“Weather’s looking terrible, so I don’t know what we’re doing there,” Winston said.

NATCHEZ — Central Hinds Academy blasted four home runs as the Cougars took advantage of one rough inning by Adams County Christian School to defeat the Rebels 21-9 in the first game of a District 3-5A varsity doubleheader last Friday afternoon.

Even though Central Hinds defeated ACCS by 12 runs, the game went all seven innings and took three and a half hours to play.

“There were a lot of hits involved. There were six home runs hit – two by us and four by them,” ACCS head coach Jake Winston said. “We had one bad inning. We made a few costly errors and they had a few well-placed balls put in play for base hits. I don’t know how many runs they scored, but it was a lot.”

Connor Aplin was charged with the loss on the mound after going five and two-thirds innings.

“Our guys could have laid down, but they didn’t,” Winston said. “At one point, I had six eighth-graders in after subbing in and out. Besides that one bad inning, I was proud of them. I was proud of the effort they brought. I give credit to my guys for battling the whole way.