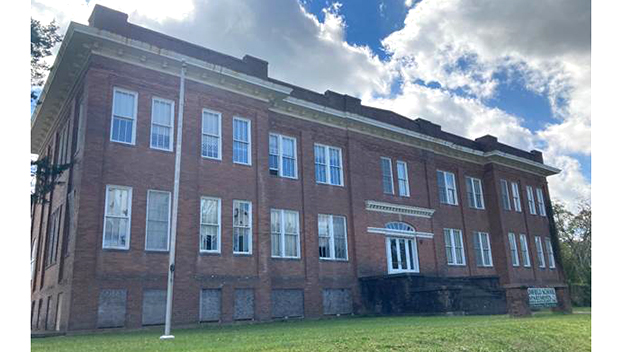 The AHP subsidy will fund an environmental assessment of the property in preparation for a planned $7.2 million renovation of the building as an affordable apartment complex.

AHP funds are intended to assist FHLB Dallas members in financing the purchase, construction and rehabilitation of owner-occupied, rental or transitional housing, and housing for homeless individuals. The funds must be used to benefit households with incomes at or below 80 percent of the median income for the area.

Built in 1925, the former Brumfield High School was a social center for the African-American community during racial segregation and its auditorium hosted jazz performances. The school was later converted into an elementary school, eventually closed, and later reopened as apartments.

The property, which is on the National Register of Historic Places, eventually fell into disrepair and has been vacant since 2011. New Hope CHDO purchased the building in April 2013.

“We’ve wanted to be a catalyst for affordable housing, and the AHP from Tensas State Bank and FHLB Dallas shows others share our vision,” said Aaron Patten Jr., a board member with New Hope Missionary Baptist Church.

W.E. Hawkins, president and CEO of Tensas State Bank, said the Brumfield project was particularly appealing because of its historical significance.

“We think it is an important landmark to preserve and are proud to be partnering with FHLB Dallas to provide a funding source,” he said.

In 2021, FHLB Dallas awarded $18.5 million in subsidies to 26 affordable housing projects. The subsidies will help create 2,113 new or rehabilitated housing units, including $1.5 million for 102 units in Arkansas.

Between 1990 and 2021, FHLB Dallas has awarded $344.6 million in AHP and Homeownership Set-Aside Programs and has assisted nearly 60,000 households. It began accepting applications for its 2022 funding round on April 4 and will accept them until May 12.

Greg Hettrick, first vice president and director of Community Investment at FHLB Dallas, said the AHP provides an opportunity for its members to support affordable housing efforts in their communities.

“It’s great to see our member Tensas State Bank support New Hope CHDO’s efforts to rehabilitate and create a new beginning for this building and for the surrounding neighborhood with much-needed affordable housing,” Mr. Hettrick said.

For more information about the AHP, visit fhlb.com/ahp.

Excellent Inn reopens after being destroyed by fire