Man arrested in Natchez for kidnapping; Victim mouths ‘help me’ to police officer from inside his vehicle

NATCHEZ — At approximately 2 a.m. Tuesday, Natchez Police Department issued a BOLO alert, “be on the lookout,” for a silver Lexus that was involved in a possible kidnapping. 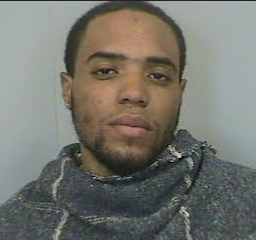 Witnesses reported a female subject being forced into the vehicle by a male subject after whispering to them to call the police.

Authorities said every on-duty officer was out looking for the vehicle when officer Kerrie Huff spotted one matching the description a short time later and effected a traffic stop.

When the female passenger mouthed “help me” to Huff, she was immediately removed from the vehicle.

The driver was identified as 22-year-old Cartrell Frye. He was detained and transported to the police department for questioning and was later charged with kidnapping and booked into the Adams County Jail. Frye currently has no bond pending arraignment.