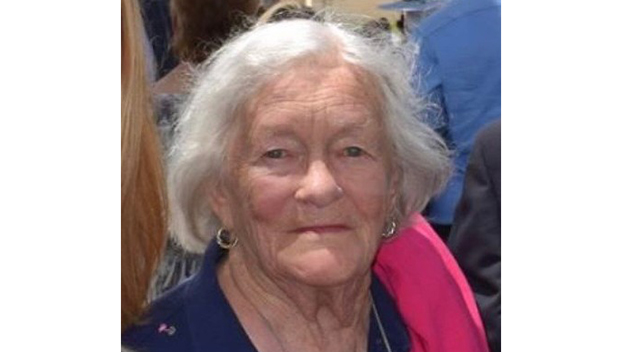 Evelyn attended “U High” before becoming a student at the University of Chicago and then moved on to Purdue University where she met husband, Roger Norwood “Nord” Smith, Jr. and received her degree. While in college she was a loyal member of the Pi Beta Phi Sorority and kept in touch with classmates over the years.

In 1957, her first son, Douglas Bemis, was born in Lawton, OK while they were at Fort Sill where her husband was serving in the Army Reserve. Soon after, she and her new family moved to Prescott, Arkansas, which was close to Nord’s hometown of Magnolia in the southern part of the state. Evelyn ran the house and Nord worked as a forester in the timber industry. The Smiths remained in Prescott, having two more sons, Fraser David, and Roger McConnel, until moving to Natchez, Mississippi in 1965, where Norwood had been hired to run a sawmill. In Natchez, her family regularly attended the First Presbyterian Church and Evelyn was a member of the Pilgrimage Garden Club, embracing the history and customs of her adopted community. Her fourth son, Harold Jameson, was born in 1965, and her only daughter, Amelia Augusta, in 1967.

In 1979, Evelyn entered the MBA program at the University of Arkansas in Fayetteville. Upon graduation she had to make a choice between two similar jobs; one with Bell Labs in New Jersey, the other with IBM in Tampa. She picked Tampa and began her career as a computer programmer in 1981. While living in Tampa, she and her husband were active members of St. Andrews Episcopal Church. Evelyn was a breadwinner, loyal wife, mother for her 5 children and caretaker/walker of at least a few Australian shepherds. You always knew where Evelyn stood on any given subject; all you had to do was ask, more often than not she would let you know even before you thought to ask. As an “IBMer” she was an early proponent of the personal computer and in retirement she could waste as many hours online as anyone else on Facebook. Her skills in the kitchen were superb. She created a family cook book and made copies for all her children. The recipes were so good that one of her sons actually lost his copy in a divorce. Survivors include five children, Douglas Bemis and wife, Teri, of Bradenton, FL, Fraser and wife, Heather of Saint Petersburg, FL, Roger and wife, Valerie, of Dallas, TX, Harold and wife, Dorothy, of Denver, CO, and Amelia Patton of Zephyrhills, FL; 14 grandchildren and nine great-grandchildren.

Condolences may be made to www.brownandsonsfuneral.com.