ON THE MAP: Natchez runner aims to put Mississippi on the map 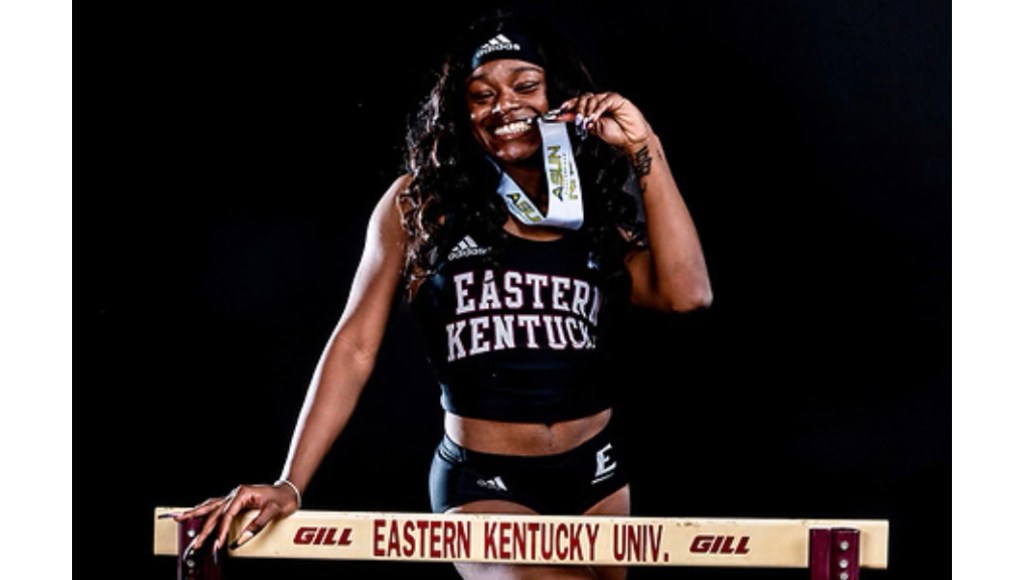 RICHMOND — A former Natchez Bulldog is making her mark at the collegiate level in track. Madison Fleming hasn’t ran a race for Natchez since ninth grade but she and her family have ties to the city.

She started running because of one of her cousins and won state in the 4×800 with teammates Shekinah Hoskins, Talliyah Harding, Madison Fleming and Promise Batteaste.

She moved to Atlanta and graduated from North Atlanta High School there and earned a chance to compete at Eastern Kentucky as a short distance runner. She said over the summers she would go to live there to live with her dad Morris Credit but moved there to get more exposure.

“The biggest jump was being away from my siblings…the move was about the opportunities. However when I got there, I realized Mississippi was more talented but the exposure in Atlanta was better,” Fleming said. “That is why I plan to run as fast as I can. We can put Mississippi on the map and you won’t feel like you have to leave or move away from your family members.”

She left behind her siblings Kennedy and Kendall Fleming in the move but was able to stay in touch over the phone. Her step-father was a semi-truck driver so she would try to call him in her spare time.

In turn, she has taken off out of the blocks to begin her career. Fleming is the first Colonel ever to earn ASUN Freshman of the Week honors for track and field as she picked those honors on April 6, 2022.

Fleming was a member of the winning 4×100 team that ran an ASUN-leading time of 45.81 at the Hilltopper Relays that week. The freshman from Atlanta then ran 14.36 in the 100-meter hurdles, which currently ranks No. 3 in the conference.

At the Duke Invitational this past weekend, she ran a 14.07 in the 100-meter shaving off 19 seconds from her time. Her goal is to reach 13.5 this season. She placed in the top 10 at Duke despite this being the second year she has run hurdles.

“I started to hurdle my senior year of high school. I know I don’t have the best technique but I have Mississippi feet so I will be running pretty fast. If I ran at another school, they usually have you run with faster people and you improve that way. Here, my coach breaks things down. I appreciate that.”

She said athletes have to specialize in college which is a difference between running track in high school. They aren’t able to jump around from event to event like they did in high school.

At Natchez, she started out as a jumper and ran on a 4x800m team in addition to sprints. Her senior year she decided to give hurdles a try. It has taken time to get used to the technique for hurdles.

She quipped if you were to see her knees they would be scraped up from clipping hurdles during practice. Everytime she hits a hurdle, she picks herself up and goes right back to the line to run again.

Track is a mental sport, she said. By conquering her mind, she is able to achieve and run faster times on the track. Physically, she knows she has to become faster and stronger.

After meets, she will call Larry Wesley and tell him about how she did in those meets.

Fleming additionally runs the 4x100m race which is different from gymnastics or individual track events.

“In track, most things you do are individual. All you have to do is focus on yourself,”she said.  “When you are doing a 4×100 relay, it feels nice to have a team. You know other people are relying on you and everyone has to do their part.”

Richmond, Kentucky is 11 hours away from home for Fleming. She said the food up there in Kentucky is not as good as the food in Natchez, it is one of the things she misses most.

Roux 61 is her favorite restaurant where she typically gets a house salad, wings and bread pudding. She remains close to her family by talking on the phone with them when she can. Thanksgiving and Christmas are opportunities for her to come by and visit.

“My grandma worked at The Malt Shop. I miss her cooking,” she said. I’m trying to make the USA team this summer. It will be worth it if I can get on the big screen for my family…Your only driving focus can’t be you. You will hit a wall that is a lot tougher than you and you will want to quit in your mind. For me, everything is bigger than myself. I think about my family watching me when I’m tired during reps. It is what keeps me going.”

She can feel the support from the Fleming, Green and Credit families while she is at Eastern Kentucky running.

In her parting words she had some advice for the kids in Natchez. She said it sounds hypocritical because she left the area, but she doesn’t believe kids should have to feel that is their only option.

“You don’t have to move to be successful. As long as you work hard you can make noise wherever you are,” Fleming said. “The right person will notice you. God always does things for a reason.”

‘I know I won’t be able to come back…