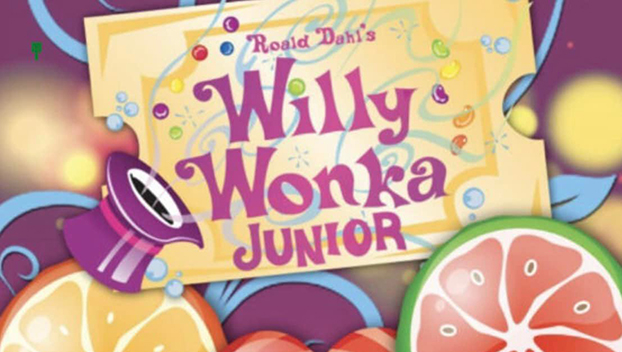 NATCHEZ — It’s not too late to get a golden ticket to Willy Wonka Junior, Adams County Christian School’s latest drama club production featuring one of the largest sets the school has ever built.

“Mrs. Christina Brumfield made the big set but we helped out here and there,” said Ruby Mooney, who plays Charlie.

“I helped hang Styrofoam, spray paint rails and built a lot of props,” added Dylan Brocato, a senior at ACCS.

Students have been at work for approximately four months rehearsing the play, a musical that includes song and dance numbers, complex stage directions and allows performers to get up close to the audience.

“Learning the dance wasn’t that hard. Mrs. Malori had a video and I watched it several times and made a few changes to it,” Mooney said. “We’ve never had a musical before. It’s all very different.”

Patty Jo Hickman, a student who has been the drama club’s sound technician for three years, has to know the script perhaps better than anyone without actually being on stage so that she can stay on cue.

“It’s not bad because I get to have my script the whole time, as long as everyone says their lines right. I have to know what is happening,” Hickman said.

“I really didn’t know what role I wanted, so I read for Wonka but wound up getting picked for Grandpa Joe,” Brocato said. “He’s a fun one.”

Addison Smith, who plays Willy Wonka, says this is only her second lead role in a play after playing the Genie in Aladdin last year. The challenging part this time is that Willy Wonka is disguised as the candy man so that he can give Charlie a golden ticket.

“It was scary at first but then as we got to practice, I started to really love my role,” she said. “It’s a fun role to have even though it’s like two different people and I’m having to switch back and forth between costumes.”

The show starts at 6 p.m. Saturday, April 23 with a second showing at 6 p.m. on April 30. Student stadium seats are $10 or $15 for non-students. Floor seating is $20 and VIP floor seating is $25. Tickets can be bought online at accs-online-store.square.site, at the school office, or purchased at the door.