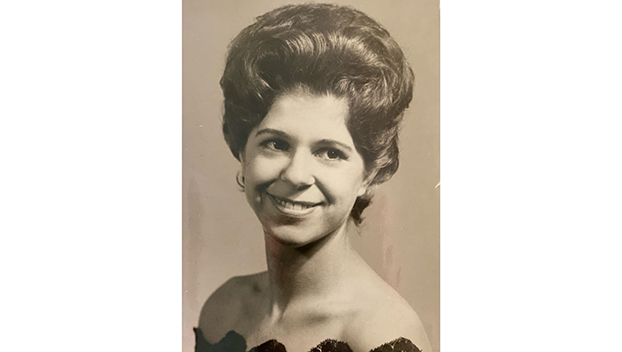 Patricia Ann Allen (Hawthorne) was born in Jonesville Louisiana on August 21, 1941.  She was raised in Natchez by her mother Golden Doughty and stepfather Walter Doughty. Patty graduated from Natchez High School in 1959. Patty’s senior quote was “my trade and art is to live it up”, and she did. She married Donald Richard Allen on August 21, 1965. The first time Don saw Patty, he told her he was going to marry her. Their love story continued for 56 years, raising 3 children (Arbie, Alicia, and Jaime).

She retired as an Armed Services Vocational Aptitude Battery (ASVAB) Test Administrator for the Office of Personnel Management after 20 years of service. Patty had many hobbies but loved cooking, gardening, and quilting the most. She also played bunco with the “bunco ladies” for 20 plus years. She always wore a smile and lit up a room like a ray of sunshine. Patty was very active in her roles as a mother, grandmother, wife, daughter, sister, and friend. She provided endless support to her family from traveling to the other side of the world to be there for the birth of a grandchild, providing unknown amounts of “memaw” and “nana” time, to passing on cooking traditions. She provided care to her daughter battling cancer just 2 years prior to her diagnosis in 2019.

Patty’s favorite hymn was “In the Garden” by Austin Miles.

“I come to the garden alone

While the dew is still on the roses

And the voice I hear, falling on my ear

The Son of God discloses

And He talks with me

And He tells me I am His own

And the joy we share as we tarry there

None other has ever known”

Patty has joined Him in the Garden, and she lives on through the hearts of her family and those who knew her. The immediate family will be celebrating Patty’s life on Sunday, April 24, at the family home. The family invite you to celebrate Patty’s life by sharing a personal memory via Facebook and/or condolences to the family home at 3449 Fraserdale Court, Lexington, KY.

The family wishes to extend our sincere thanks to Bluegrass Care Navigators, Baptist Health Oncology, and Home Instead.