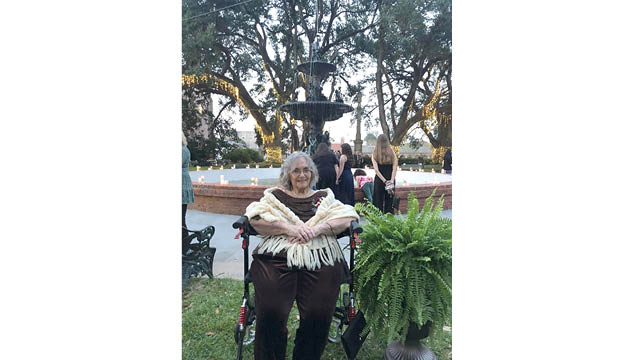 NATCHEZ — A woman known as a restaurateur extraordinaire and a fierce lover and promoter of Natchez — Patricia Eyrich Clark — had died at age 73 after a lengthy illness.

Clark and her late husband, Buddy, operated the legendary Cock of the Walk beginning in 1987. They bought the restaurant in 1992 and moved it to the Depot on the Natchez Bluff in 1993.

Clark worked side by side with her husband until his death in 1998. After her husband’s death, Clark continued to run the restaurant with her son, Eyrich.

Clark was raised in a family of restaurateurs. She is the daughter of the late Clarence and Henrye Lee Eyrich. Clarence operated and then owned The Eola Hotel until 1978, and later operated the Ramada Inn.

“She was one of the most giving, accommodating restaurant owners in Natchez,” said Wayne Bryant, director of operations at The Carriage House and owner of The Continental Cook.

“She was always willing to accommodate bus groups and tours. She promoted Natchez throughout her life,” Bryant said. “Her parents were restaurant royalty here, first at The Eola and then at the Ramada Inn.”

Bryant credited Clark with having helped his business grow quickly.

“She was one of my biggest cheerleaders and spread the word about The Continental Cook. Because of her, it grew as fast as it did. Every time I posted something about the business on Facebook, she shared it and it would spread like wildfire.”

“She was special. I think she was that way with everybody. She was a cheerleader. That’s what she was. She was a real cheerleader,” Nutter said. “I sent her texts frequently. I texted her on Easter Sunday and she responded back that she felt so blessed that I was thinking about her. I got more out of it every time sent her a text than I think she did.

“She cheered me up and made me feel so good. I felt so at peace this morning when I learned she had died. I feel really good for Patricia, like I felt when Jim (Nutter, Diana’s husband) died. It’s sad for everybody here, particularly her family. But Patricia and Jim are up there entertaining now,” Nutter said.

Kot Morris was a neighbor of Clark’s for more than 30 years.

“I just don’t think you could ask for a better friend. People enter your life for unexpected reasons, and they remain. That’s what touches my heart when I think about Patricia,” Morris said. “She was such a dear, dear, close friend. I’m sorry for what she had to live with for the last two or three years, but she always made the best of it. She was a shining example of what I want to be like when I grow up.

“Her many, many talents and gifts that God gave her will be remembered by all. She was a tremendous cook, a fine, fine, fine person, friend, mother and grandmother. Her family is what she lived for. She loved her children, but particularly those grandkids,” Morris said.

Clark’s daughter-in-law, Jessica Stephenson Clark, who is married to Clark’s son, Eyrich, said Clark loved her family most of all.

“She loved her siblings and her children and her grandchildren. This is hard,” Clark said.