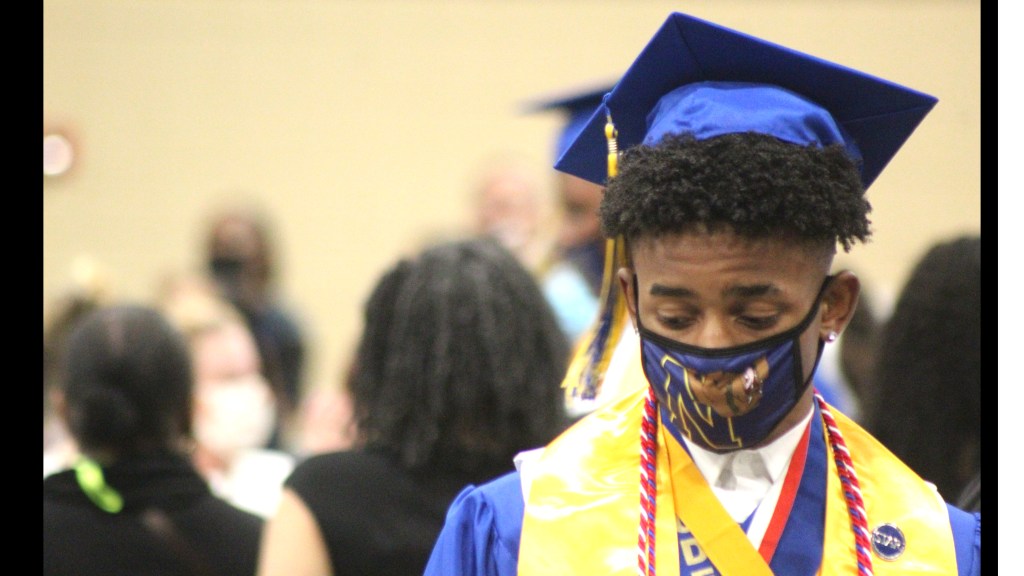 Dionte Thomas walks to his seat at the Natchez High School Graduation in 2021. (File photo | The Natchez Democrat)

NATCHEZ — With the 2022-2023 school year for Natchez Adams School District scheduled to start in July and continue until June, some have questioned whether the district is doing year-round schooling.

Teachers are scheduled to start the academic year on July 25 and end on June 5.

Students get a slightly longer summer and are scheduled to start the year on July 28 and finish on June 2.

However, as of this school year the district has implemented fall and spring intersession weeks into the calendar, making the school year seem longer than it actually is.

During these periods, select students who either have fallen behind or have excelled are given an extra week to study with a smaller group around their fall and spring break while other students haven’t returned from the break.

Board member Diane Bunch said during a Tuesday board meeting she had heard rumors in the community that the extended schedule was because the school district was doing year-round schooling.

“I’ve heard people ask are we going year-round, 12 months out of the year. That’s the rumor I’ve heard in the community,” she said.

School officials voted unanimously during their Tuesday meeting to approve an extended summer learning program. However, the program isn’t new.

The summer learning program existed before the COVID-19 pandemic and is an opportunity for student enhancement, but is not required, Deputy Superintendent Zandra McDonald-Green said.

Green added other school systems throughout the state use a similar calendar as NASD, with intersession weeks. Green said the purpose of the intercession is to address learning loss throughout the school year rather than waiting for summer.

“We’re making sure we are working with students throughout the school year,” she said.

Some other school systems in Mississippi, such as Corinth School District, have gone to year-round schedules or plan to next school year.

Bunch asked if NASD was “keeping an eye” on them and “using their experience” to see whether a year-round approach to schooling would be beneficial.

The Mississippi Department of Education requires a minimum of 180 instructional days in a calendar year and any time added to that is up to the school district’s discretion, Green said.