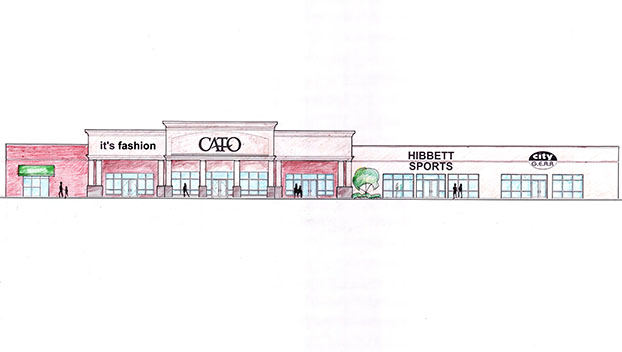 NATCHEZ — Big changes are coming to the Natchez Mall, including a long-term renewal by Belk of its lease.

Designs are being finalized now by Natchez architect Johnny Waycaster and work will begin as soon as the designs are complete. The re-envisioned shopping destination will have a new and updated look and feel, Smith said.

“It is going to have a brand new façade. All of the tenants will be accessible from the parking lot,” Smith said.

Belk has committed to a new, eight-year lease agreement.

“Along with the façade improvement, Belk will be getting a significant facelift at their entrances,” he said.

Also, Smith said mall officials are working to reopen the movie theater at the mall.

“We are in negotiations right now with a theater operator. Hopefully, we can get something signed soon so that we can have a theater again in Natchez,” he said.

The change in development also includes plans for self-storage facilities for some of what is now interior mall space. Those plans are not complete, Smith said, but the self-storage operation will not be visible from the front of the mall.

The Natchez Mall is about 40 years old and Tabani Natchez Mall L.P. has owned the mall for the last 20 years.

“We are really excited to be able to re-envision the mall to serve customers for decades to come and give them an updated shopping experience,” Smith said.