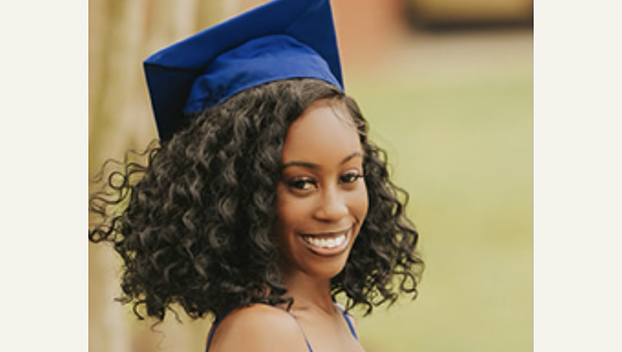 NATCHEZ — Natchez Early College Academy senior Ni-Yah Jones received the Good Citizen Award from the Natchez Chapter of the Daughters of the American Revolution, and is the first NECA student to do so and compete with other students statewide for a scholarship.

The award is given each year to a senior at each of the chapter’s high schools in Adams and Wilkinson counties, said DAR agent Mary Ellen Rosenblatt.

The selected students have the option to write an essay and one of these essays is selected to compete in the scholarship competition, she said.

“This year was the first that Natchez Early College Academy has participated in the Good Citizen program and we are proud to say that Ni-Yah Jones was selected as their Good Citizen and she is selected to participate in the scholarship competition,” Rosenblatt said.

For the scholarship contest, Jones was given a writing prompt and had to complete an on-the-spot essay in two hours.

She was asked, “How do the qualities of a good citizen help support our nation?”

The qualities of a good citizen were listed out already as being dependability, service, leadership and patriotism. However, Jones said all of those qualities were embodied in one that wasn’t listed, unity.

“I feel like unity is the only way to elevate the nation,” Jones said. “Everything is better when you work together. Things wouldn’t work if everyone isn’t working together and depending on each other. Even when you have differences in opinion, unity is key.”

After graduating with her associate’s degree, Jones plans to attend Tugaloo College in Jackson and major in economics. Her goal is to use her love of math in a career as a financial advisor.

She already has her foot in the door in the financial business after working a part-time job at Jackson Hewitt Tax Service and is certified to do taxes.

“It was the perfect job to put on my resume. I had to go to tax school for two months to get certified,” she said.

Jones said she also dreams of having a side business as a cosmetologist or a real estate agent.

“I love doing hair and makeup and I want to go to cosmetology school after Tugaloo,” she said.

Jones said her life’s role models are her church family. She is a member of Prayer Tower Church of God in Christ in Natchez.

Jones not only knows what it takes to be a good citizen but excels academically. She has a high 4.4 grade point average and a 27 ACT super score.

Jones was also a cheerleader at Natchez High School for two years and is a member of a community dance team called the Dynamic Dancing Jewels. She is also a member of the National Beta Club, National Honor Society, Phi Theta Kappa Honor Society and the Student Government Association in which she is senior class president.

She is the daughter of Troylynn Thomas and William Jones Jr.

Syrah Resources can get up to $107 million from…