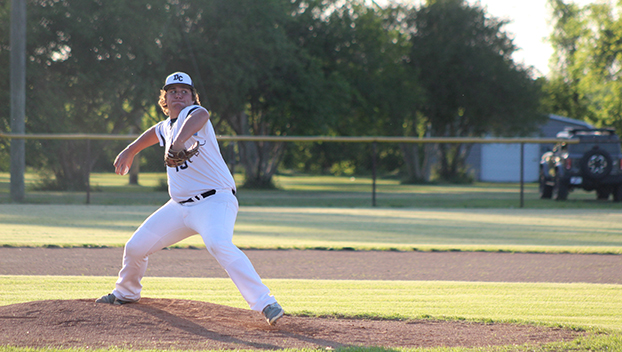 Delta Charter had eight hits and drew 13 walks. Lincoln Prep had six errors in the loss. Delta Charter will advance in the playoffs and move to the second round of the LHSAA 1A playoffs with a game time and date to be determined later, head coach Nic Kennedy said.

On the wall in their dugout, the words compete, focus, compete are painted above a rack for hanging bats. It is Kennedy’s expectation of the team that they do that in every game, and he felt they did a good job Wednesday.

“Every game is a challenge. Games like these aren’t easy. It is easy to lose focus, its easy to forget to do the little things right,” Kennedy said. “We did most of it well. You have to stay in the game and continue to work. We got a little relaxed in the first inning. We completed the game and are going to the next round. We will have to practice hard tomorrow.”

He said there are mixed scouting reports on Northwood-Lena. Regardless of their opponent, he feels they will win if they can play Delta Charter baseball.

Senior pitcher Chase McGraw, who finished the game with four RBIs and struck out three batters in 2.1 innings, agreed with Kennedy. He said they would have to compete and play Delta Charter baseball to move on.

“We can’t play to another team’s level. We have to play an error free game,” McGraw said. “We need to stay up like we are playing Oak Grove or OCS. We have to stay up to that level and don’t let our mind beat us.”

Since Kennedy has come into the program, McGraw said he has changed a lot about the team. He has taught the players how to better themselves in baseball and in life. One of these life lessons is being a gentleman and being better men, he said.

After the season is done, and he graduates, he plans to go to Universal Technical Institute in Dallas to become a diesel mechanic and become certified by Ford. It is what he enjoys doing, he said.

His time with the Storm isn’t quite over yet. They have at least 21 outs left. The playoff win Wednesday meant a lot to him, he said.

“It means we can give this team some more experience. I want to show the younger guys what we can do and what our future can look like,” McGraw said. “My goal is to reach a state championship.”