‘I don’t want to see it boarded up’ School board discusses vacating Frazier, Robert Lewis during transition to new high school 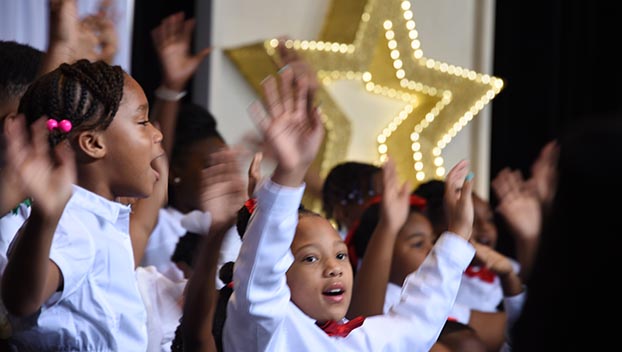 NATCHEZ — A proposal was introduced to the Natchez Adams School District Board of Trustees during a special called meeting on Wednesday which detailed the potential placement of students at the start of the next school year.

The district anticipates the renovation of the current Natchez High School to be complete in time for middle schoolers to start moving onto the campus next school year. However, the new high school isn’t projected to be student-ready until October.

The plan suggests that Frazier would be closed entirely and security would be placed at the school to deter vandals from breaking into a vacant building.

They would be temporarily placed at the current Robert Lewis Magnet School until the new high school is finished. Once students move to the new high school, the plan suggests Robert Lewis Magnet School would be maintained for other use, such as a meeting location for emergency evacuations. The Ombudsman alternative school would also be relocated to the current Natchez Freshman Academy.

The school board’s vice president, Phillip West, said he had not seen the proposal until Wednesday’s meeting.

“This is something important enough for us to receive and have discussion on prior to today,” he said.

However, Superintendent Fred Butcher told the school board that the plan follows the same path as one introduced four or five years ago when building the new high school was introduced. He said a copy of the proposal was placed in the board information packet at their meeting a couple of weeks ago and a “condensed version” was introduced Wednesday for the board to consider.

Butcher said the plan would allow the district to create transportation efficiencies, combine staff and save money. For instance, one teacher would be able to divide time between the middle school and the high school because they are closer together, he said.

“When we first talked about building a school, one of our key purposes was to combine staff and to save,” he said. “The bus wouldn’t have to make as many stops because you’d have grades six through 12 on the same side of town. … At no point in time has our staff tried to do anything above this board because we understand that the five of you along with all of us have to work together to make sure that we pick the best path to benefit our students with their academic achievement.”

When first introduced, the plan faced criticism from some members of the Natchez Board of Aldermen at the time. Former Alderwoman Joyce Arceneaux-Mathis said the thought of closing Frazier and Robert Lewis schools made her “shaking angry.” She called the schools the “cornerstone of the community” and said it would be better to renovate them. Alderman Billie Joe Frazier expressed concern that two more abandoned buildings in North Natchez would increase crime in the area.

The current school board members are not averse to the idea of repurposing the schools.

During Wednesday’s discussion, some members inquired about repurposing one of the schools as a “School for the Arts” and using it for extracurriculars such as band, dance and performing arts.

Board secretary Diane Bunch asked if the district had gotten any public feedback on the proposal before the newest board member LLJuna Grennell Weir suggested that the board host a Town Hall Meeting to gather input from stakeholders.

“With Frazier being a neighborhood school, I wouldn’t want to see it be boarded up,” Weir said, adding, “That would be just another eyesore in our neighborhoods.”

“We had at least one person suggest that the schools that are not going to be used should be used for other purposes. These are people in the general public and we should hear that and consider that,” he said.

No action was taken on the matter Wednesday. However, school officials said they would discuss hosting a Town Hall at a later board meeting.