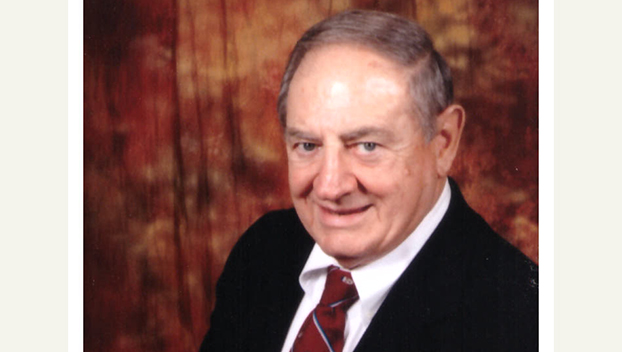 NATCHEZ – Funeral Services for James “Neil” Downing, age 84, of Pearl, Mississippi, who died on April 25, 2022, will be at 2 p.m. on Friday, April 29, 2022, at Laird Funeral Home in Natchez, Mississippi, with the Rev. Roger Collins officiating.  The family will receive visitors beginning at 1 p.m. in the parlor.

Burial will follow at Natchez Cemetery under the direction of Laird Funeral Home.

Neil was born Sept. 14, 1937, in Kilbourne, Louisiana.  He was the son of James Henry Downing and Wilma Overby Downing.

Neil grew up in Natchez.  As a youngster, he was a paper boy in the Creek Street area.  He was also an excellent swimmer and life guard and a member of the local YMCA.  He graduated from Natchez High School and attended Mississippi State University.  He also completed flight school and enjoyed piloting small airplanes.  He married his first wife, Elva Ruth Eidt Downing on December 26, 1959. He was a Civil Air Patrol leader and mentor for many young men in the late 1960’s and early 1970’s.  Neil and Elva Ruth settled in Jackson in 1971 and joined Alta Woods Presbyterian Church in 1972, where Neil served as a deacon and elder.  He worked in the insurance business for many years with Woodmen of the World.  Then he owned and operated the Lloyd T. Gould Agency in South Jackson from the 1990’s until he retired.  He worked briefly as a security guard for the University of Mississippi Medical Center to ease into the retirement role when fishing did not pay enough dividends.  His favorite pastimes were fishing, boating, pretend fishing and growing all sorts of vegetables, especially tomatoes.  He loved to tell stories, jokes, and teach lessons to his many friends and neighbors. After losing Elva Ruth in 2014, Neil married Doris Speed Downing on July 4, 2015.  She has been his beloved and faithful companion during the last almost seven years.

Neil was preceded in death by his parents, James and Wilma Downing of Natchez; his younger brother, Larry Eugene Downing of Camarillo, California and his first wife of 54 years, Elva Ruth Eidt Downing.

Neil leaves behind his wife, Doris Speed Downing, in Pearl, Mississippi, where he has lived for the last several years.  He is also survived by his daughter Andrea (Rush) Laird from Meridian, MS and daughter Ruth-Ellen (Alexander) Lagos from Allen, TX.  His grandchildren include grandson, Kyle A. (Ashley) Laird; granddaughter, Bailey A. Laird (fiancé Austin Middleton) all of Meridian, MS and granddaughter, Sophia A. Lagos of Allen, TX.  He has one great-grandson, Lee Thomas Laird, of Meridian, MS.

In lieu of flowers, the family requests memorials be made to Grace Presbyterian Church in Byram, MS or the American Heart Association.

Online condolences may be sent to the family at Lairdfh.com