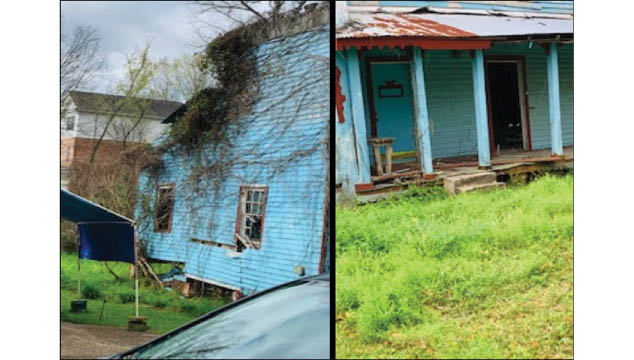 NATCHEZ — Thanks to funds made available from the sale of the old General Hospital on Oak Street, members of the Mayor and Board of Aldermen moved Tuesday to demolish 29 nuisance properties in the city.

The $105,000 from that sale will fund the demolition of these properties, which Natchez Mayor Dan Gibson said should be completed within the next few months.

The city held a public hearing Monday night at the beginning of its Tuesday meeting, allowing owners of the properties slated for demolition to plead their cases before the aldermen. In the end, only one property was removed from the list of those slated for demolition because that property owner had secured a construction process with the city and had begun renovation on the home.

Several of the property owners asked the aldermen to allow them to find a contractor to demolish their structures, rather than have the city handle the demolition.

If the city demolishes the property, that cost will be added as a tax lien to the property.

“The process to get a contractor for the demolition will take at least 30 days from today,” Gibson told the property owners. He said should they seek to remove the structure themselves, it should be completed within that time.

Gibson at an earlier board meeting asked each alderman to submit a list of dilapidated properties in their district.

“I hope that everyone sees this as a positive move forward that we clean up Natchez,” Gibson said. “This is the first phase of this project. We will have a second phase soon. Property owners should take notice. We are looking at your dilapidated property.”

He also said city officials are looking for improvements or demolition of the old Chinese restaurant, located on John R. Junkin Drive near the intersection with Homochitto Street, and the old Shoney’s restaurant on Seargent Prentiss.

Gibson said the roof on the Chinese restaurant was damaged many months ago and that the owners were in a dispute with the insurance company. He also said the city has not been able to reach the owners of the Shoney’s property.

“The adjudication process for both will continue and we will take each to the next level,” he said.

31st season of Natchez Festival of Music kicks off…