TIME TO PRAY, National Day of Prayer to be celebrated on the Natchez Bluff on May 5 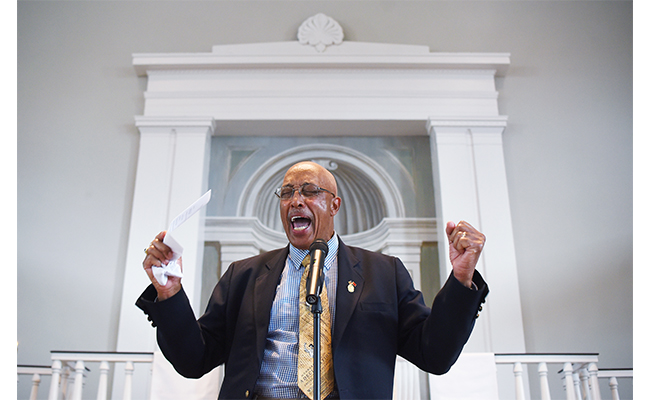 NATCHEZ — As the world still recovers from a global pandemic, as war rages on against Ukraine, as the national economy struggles against inflation, the time to pray is now, says Rev. Clifton Marvel, a past president of the Natchez Ministerial Alliance.

A senior member, Marvel has served the Ministerial Alliance for 27 years and also serves as a chaplain for the Adams County Sheriff’s Office and Natchez Police, he said.

The Natchez Ministerial Alliance is hosting a National Day of Prayer service by the bandstand on the Natchez bluff starting at noon Thursday, May 5.

“We’re giving an invitation to the community to come and be a part of the prayer experience,” he said. “We want to reawaken the citizens of Natchez, Mississippi to the need and importance of prayer.”

The National Day of Prayer is observed annually on the first Thursday in May by other clergy and community members all around the country.

In addition to national and global challenges, there are many reasons we should pray daily for our local leaders and members of the community, Marvel said.

Members of the Ministerial Alliance will be praying for an array of local and national concerns from military, media and businesses to education, churches and families, he said.

In the event of rain, the National Day of Prayer service will be relocated to the Natchez Grand Hotel.

Frazier teacher voted most A+mazing Teacher of the Month