VIDALIA — The Concordia Parish Sheriff’s Office arrested a Fayette man who reportedly contacted what he believed was a child online and attempted to meet the child in Vidalia. 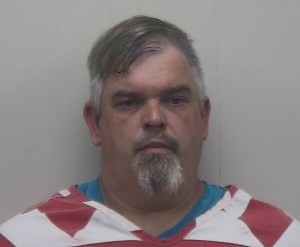 The sheriff’s office later learned that Smith was a registered sex offender in Mississippi who was convicted of touching a child for lustful purposes in 2009.

During the investigation, Smith reportedly sent sexually explicit images to the child along with messages of an illegal sexual nature. He then attempted to meet the child in Vidalia after driving from almost an hour away.

At that time, CPSO deputies stopped his vehicle and Smith was arrested.

He has been charged with computer-aided solicitation of a minor and indecent behavior with juveniles.
Concordia Parish Sheriff David Hedrick reminded parents to be mindful of the dangers posed online and to monitor their children’s activities accordingly.