VIDALIA, La. — A Vidalia, Louisiana, alderman entered a plea of no contest to a theft charge on Monday afternoon, which is a misdemeanor.

District 2 Alderman Robert Gardner was sentenced to six months in prison suspended with one year of probation. He will also have to pay a $500 fine, court costs and a probation fee of $40 per month, District Attorney Brad Burget said. 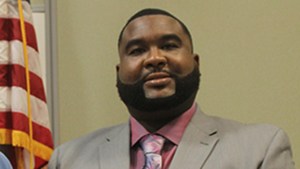 Gardner was also ordered to pay restitution to the Town of Vidalia, most of which was already taken care of before Monday’s hearing, Burget added.

Gardner was represented by attorneys Alex Washington from Shreveport and Bridget Brown from Alexandria.

He was indicted in November 2020 for allegedly taking envelopes owned by the Town of Vidalia with prepaid postage and mailing them to the voter registrar’s office to request absentee ballots as he was running for reelection.

At least 11 of the envelopes turned up at the registrar’s office and appeared to have the town’s information whited out.

Gardner defended his actions to his constituents in a letter he wrote.

In this letter, he states he “did everything within the books to ensure that everyone was given the opportunity to vote during the outbreak of COVID-19.”

“Some people I helped were not in my district, and it held no real value for me,” the letter states.

He said when he went to the assistant city clerk to ask for some “plain envelopes” he was directed to the utility office, where he was handed the prepaid postage envelopes.

After learning that he was charged with a crime, Gardner said he promptly turned himself in with his lawyer beside him.

“I honestly thought there had been some mix-up or mistake,” he said.

Gardner said, “The situation was brought to my attention by a city official,” and he paid $5 for the envelopes and was given a receipt.

“I’m disappointed,” Vidalia Mayor Buz Craft said of Gardner’s actions. However, Craft said he didn’t feel that the situation was over scrutinized at all.

“Undisclosed and unchecked actions are why so many politicians are given a bad name,” he said. “As elected officials, we should be subject to public scrutiny and we should have checks and balances. … Some might say this was a small thing that didn’t deserve all of this attention but I disagree with that. Not having repercussions only breeds bad politicians.”

Craft added he doesn’t have the authority to take any action against Gardner, who continues to hold a public office as an Alderman.

“He isn’t a town employee. His electors will make the final decision on what they think about it. It is outside of my authority to do anything about it,” Craft said.