VIDALIA — Deputies from the Concordia Parish Sheriff’s Office Criminal Investigative Division have arrested two men who they say are responsible for a multiple burglaries that occurred during the first week in April 2022. 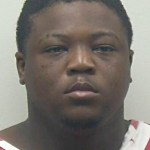 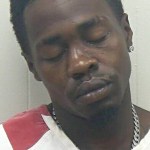 In a press release by the CPSO issued Friday afternoon, deputies said during the burglaries, perpetrators gained access to vehicles at different times of night and took valuables including cash, weapons and electronic devices.

“As the investigation progressed, evidence was discovered that established two persons of interest,” said Brandy Spears, a spokesperson for the CPSO in the press release.

Based on evidence discovered by deputies, two search warrants were executed at locations in Concordia Park and in the Town of Vidalia. Detectives recovered multiple stolen firearms from both locations, which have been positively identified by the victims.

Further arrests are expected and the investigation remains ongoing. Anyone with information is urged to contact the CPSO or submit an anonymous tip online using the CPSO mobile app.