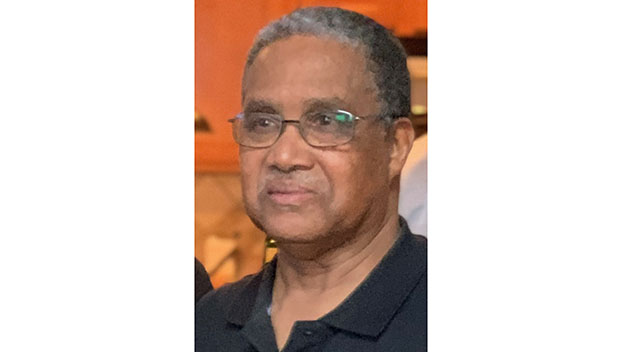 Born May 7, 1949, second of 12 children to Rev. Walter Sr. and Roberta Evans Logan of Natchez, MS.  He was affectionately known by his family and friends as “Ba Brother” or “Luther.”

On Thursday, April 21, 2022, Walter left his earthly dwelling to be united with his Heavenly Father.

Walter accepted Christ in 1960, at the age of 11 and was baptized under the late Rev. L. L. Miller, Pastor of St. Peter Missionary Baptist Church of Natchez, MS. He then joined as a member, the Morning Star Missionary Baptist Church of Natchez, MS under the pastorate of his father the late Rev. Walter Logan, Sr. He was a member of the church choir and sung with a local quartet group. He truly loved the Lord with all his heart, mind, body, and soul. Upon graduating from high school, he moved to Dallas, TX and united with Zion Missionary Baptist Church of Dallas, TX. He was called by God into the ministry preaching and teaching the “Good News” of Jesus Christ. Later, he organized and established the Cyrene Church in Desoto, TX.

He attended the Natchez Public School System. Graduating from Sadie V Thompson High School in 1967.  He played on the boys basketball team, sang in the school choir as first tenor and participated in other school activities. He furthered his education by attending El Centro College in Dallas, TX. Later attending Dallas Baptist Seminary.

He was active in the Civil Rights Movement of the 60’s. In October 1965, he along with many other innocent black civil rights activists were detained and sent to the Mississippi Parchman Farm for organizing a “peaceful march” against injustice. Today, in Natchez, MS a monument “Proud to Take A Stand” was erected in 2019, to recognized those who were wrongfully detained by the 1965 Parchman Ordeal. Walter loved and cared about people in his community. After living in the Dallas area, he became active in the Democratic Party and served as a Precinct Chair in his district.

He worked at Packaging Cooperation of America (PCA), Garland, TX, later retiring after serving 43 faithful years. During his retirement, he worked for the Waxahachie Texas Public School District, as a school bus driver.