School board sets May 17 listening session for school transition plan 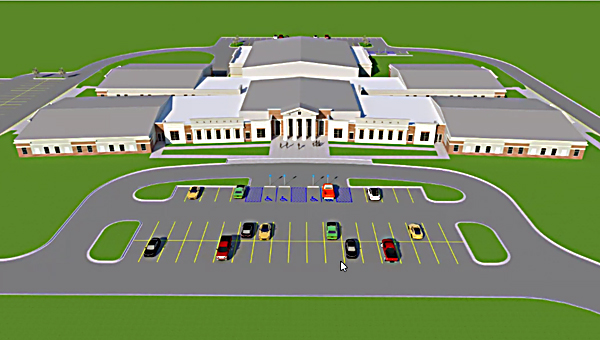 NATCHEZ — The Natchez Adams School District is inviting stakeholders to come to their next board meeting on May 17 to discuss the district’s transition plan as students prepare to move into the new high school and renovated middle school next school year.

The school board entered into an executive session to discuss its school transition plan during a Wednesday special called meeting.

Executive sessions are closed to the public and are allowed under the Open Meetings Act for certain issues such as personnel, the prospective purchase, lease or sale of lands or subjects of actual or potential litigation.

Superintendent Fred Butcher said the reason the school transition plan was moved to an executive session is that it involves personnel issues that the board needed to discuss.

This closed meeting lasted for approximately two hours before the board sent their executive assistant Lekita B. Davis out of the board room after 1 p.m. with the following written statement regarding the transition plan.

“The board discussed the transition plan and believes that before any final decision is made the board wants to conduct a session where stakeholders can express their suggestions and concerns. The board will set the listening session for 5:30 p.m. May 17, 2022, and anticipates adopting the final transition plan at a special meeting of the board on May 24, 2022, at a time set by the board.”

A plan presented to the school board in April suggests closing the deteriorating Joseph L. Frazier Elementary School and temporarily putting high schoolers at Robert Lewis Magnet School until the new high school is finished.

The district anticipates the renovation of the current Natchez High School to be complete in time for middle schoolers to start moving onto the campus next school year. However, the new high school isn’t projected to be student-ready until October.

They would be temporarily placed at the current Robert Lewis Magnet School until the new high school is finished. Once students move to the new high school, the plan suggests Robert Lewis Magnet School would be maintained for other use, such as a meeting location for emergency evacuations. The Ombudsman alternative school would also be relocated to the current Natchez Freshman Academy.

Some, including former and current elected officials, have been outspoken against closing Robert Lewis and Frazier out of concern that vacant buildings would attract criminal activity.

Both schools are located in District 2, which Natchez Alderman Billie Joe Frazier serves.

He said at least one of them should remain open as a school for residents of North Natchez and the other could become some sort of trade school or school for art.

The special called meeting started at 10 a.m. Wednesday. For the first 40 minutes, the board held a budget session to discuss district expenses such as transportation, insurance, supplies and maintenance. They also discussed Copiah-Lincoln Community College tuition for Natchez Early College students. The district pays approximately $300,000 per year for students to take college courses at Co-Lin.

Next school year, 190 students are expected to be enrolled at Natchez Early College.

“The way I look at it, that’s money well spent,” Butcher said.

Board member Diane Bunch said their partnership with Co-Lin supports a large part of the school’s budget and the programs they can offer students.

“Some of Co-Lin’s best students are from the Early College,” she said, noting that two Natchez Early College students, Jerome Timmons III and Samaria Spears, were honored as this year’s Mr. and Miss Co-Lin Natchez and attended a reception at the college President’s Home on the Wesson Campus.