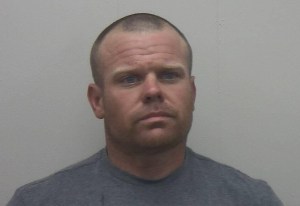 The Cyber Crime Unit began investigating tips from the National Center for Missing and Exploited Children last week regarding a person in Ferriday downloading pornographic material that involves sexual abuse of children.

During the investigation, more than 400 sexually explicit files involving children were recovered. Investigators identified 35-year-old Christopher Kyle Dodson as a suspect.  Based on the evidence, a search warrant was executed at his residence on Thursday and he was arrested.

Dodson faces 447 counts of possession of pornography involving juveniles, one count per file that was recovered, as well as possession of schedule II controlled substances.