FERRIDAY, La. — On Monday, Concordia Parish Sheriff’s Office apprehended a man in Ferriday, Louisiana who was reportedly wanted in connection with a homicide investigation in Monroe, Louisiana.

In a news release, the sheriff’s office states it received information from Monroe Police Department about a man involved in a shooting incident in Monroe who was possibly in Ferriday. 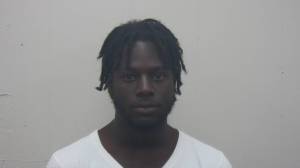 According to information received, the shooting left one person deceased. As a result, Monroe police had a warrant for the arrest of Damion D. Henderson, 22.

Concordia Parish Sheriff’s Office along with Ferriday Police Department executed a search warrant in Ferriday at approximately 2:30 p.m., at which time Henderson was taken into custody, the release states.

He is being held at the Concordia Parish Jail with a fugitive attachment for 2nd-degree murder pending extradition.