VIDALIA, La. — The Concordia Parish Sheriff’s Office Cyber Crime Unit initiated yet another arrest for computer-aided solicitation of a juvenile, this time involving a 37-year-old man from Bolton, Mississippi, located roughly 20 minutes outside of Jackson, who attempted to drive from there to Vidalia, La. to meet a child for sexual purposes. 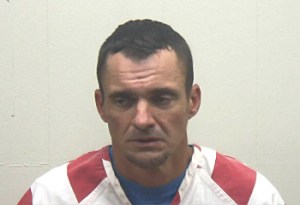 According to a news release from CPSO, the Cyber Unit began investigating a case on May 1, where a subject, believed to be Chase Jordan, 37, initiated contact with a minor online.

He reportedly, “immediately began conversations soliciting the minor for sexually explicit photos, attempting to set up a date and time to meet.”

He additionally sent numerous lewd photos and videos of himself, continuing to make contact for two weeks.  During the investigation, detectives were able to positively identify Jordan as a suspect through his social media app, the release states.

Jordan reportedly made plans to meet the child in Vidalia on Sunday. However, he was met by CPSO detectives instead of a child and was immediately taken into custody.