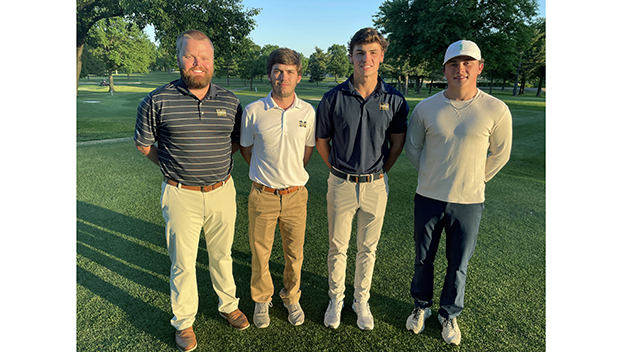 He won the Phil Mickelson Outstanding Freshman Award presented by StrackaLine and was named to the PING All-American First Team.

The Golf Coaches Association of America announced the awards before the national championship banquet at the Twin Hill Golf Club.

Beard, who comes from Madison, was a First-Team All-MACCC performer for the Bulldogs this season. He won the Coastal Alabama Invitational and finished second at the NJCAA Preview Tournament in Joplin as well as the NJCAA District D Championship in Brandon. Overall, he finished in the top 10 six times this season and finished the regular season ranked 16th in Golfstat’s individual rankings with an adjusted scoring average of 73.08.

Johnson, a sophomore who is also part of Gulf Coast’s Madison pipeline, finished in the top 10 five times, including third-place finishes at the Hinds Fall Invitational and District D Championship.

Kaiser, a freshman from Natchez, won the MGCCC Fall Invitational and had six top-eight finishes.

Gulf Coast tees off just after noon on Tuesday in the first round of the national championship. The Bulldogs will play with No. 3 Kirkwood and No. 4 Parkland on Day 1.