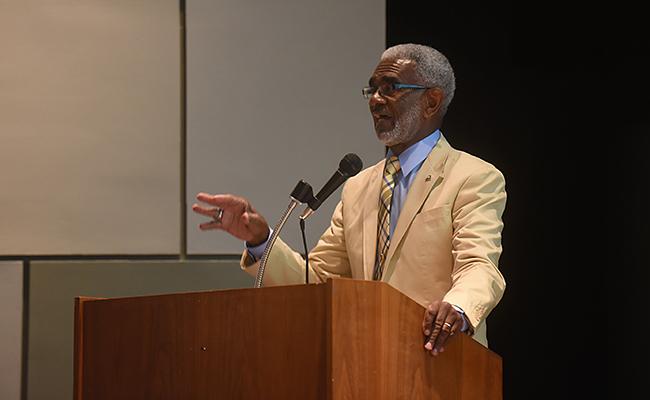 NATCHEZ — Natchez-Adams School District will pay some teachers in areas of “critical need” a $5,000 sign-on bonus to come work for them following a unanimous vote of the Board of Trustees on Tuesday.

This bonus is specific to English, mathematics and science teachers and will be issued “based on funding availability,” Deputy Superintendent Zandra McDonald Green said Tuesday. It would come in addition to a historic teacher pay raise which legislators passed at the state level.

The district’s biggest area of need is math teachers in sixth through 12th grade, NASD Superintendent Fred Butcher said. With 16 vacancies for certified teachers, he added, “We’re in better shape than we were this time last year.”

However, the Mississippi Department of Education has said the school district would lose its accreditation status if no changes to its staffing were made, said Cassandra Tennessee, the district’s assistant supervisor of human resources.

“The district has received its personnel accreditation report from MDE reflecting several non-compliant deficiencies,” she said. “All of the teachers that are not qualified or are working outside of their area. If these deficiencies are not cleared, the district will be cited for non-compliance and placed on probationary status for the 2022-2023 school year and the status will remain until the state board of education deems that the district has shown where we will clear these areas in upcoming years.

“In order to keep the district on the accreditation status that we are now in good standing, MDE is allowing districts an opportunity to clear these areas by submitting a corrective action plan to the office of teaching and reading by June 3.”

Tennessee said a plan had been prepared based on a rubric provided by the department of education showing which areas the district needed to address and the board approved it unanimously so it could be submitted to MDE by the June 3 deadline.

Butcher said one reason the district had been cited is the school accreditation guidelines were relaxed during the pandemic and teachers were moved around to accommodate classroom changes to keep students safe. Consequentially, some teachers are now teaching multiple classes outside of their areas of certification, he said.

Challenges with certified teacher shortages are not new to the district because of the pandemic, he added, stating the district had to address similar findings with its staffing in 2016.

“It’s very difficult to find certified teachers,” he said, adding another problem the district faces is teacher retention. School administrators have helped many non-certified teachers until they become certified. However, when they do become certified, they move away to another school district, he said. The bonus the board approved Tuesday is one method to address that problem.

In other matters during Tuesday’s meeting of the NASD Board of Trustees:

The contract had been extended for two years in 2020. Kuehnle asked the board to make a decision now so if any changes to the contract were needed, he could make those adjustments prior to the expiration. He proposed extending the same contract for one year and the board agreed unanimously.

“Whenever you come to the decision that you are going to close the last school on the northside of town, I will come back to ask for that by way of some sort of lease agreement,” West said.