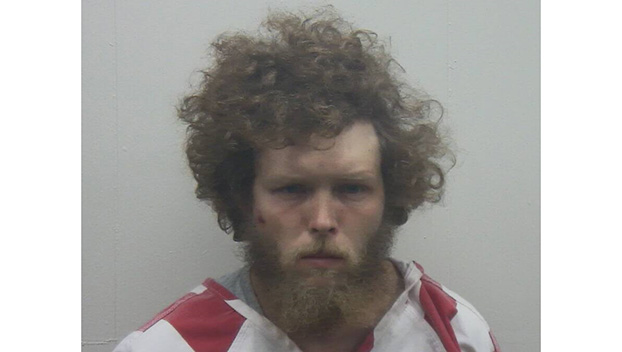 Authorities believe Johnathan Mace, 31, solicited sex from a child online. When confronted, he reportedly put his vehicle in reverse and accelerated backward at “a high rate of speed, ramming a police vehicle, striking one deputy and narrowly missing others.”

VIDALIA, La. — A Vidalia, Louisiana man suspected of illegally soliciting sex from a minor online reportedly hit a Concordia Parish Sheriff’s Office deputy with his vehicle as they were working to apprehend him. The deputy is OK, authorities later said.

A news release from CPSO states that at approximately 9 p.m. Tuesday on the Vidalia riverfront, 31-year-old Johnathan Mace put his vehicle in reverse when deputies ordered him to step out of the vehicle. He accelerated backward at “a high rate of speed, ramming a police vehicle, striking one deputy and narrowly missing others.”

“Due to the use of deadly force against deputies, shots were fired, at which time the vehicle was disabled, and the subject was placed under arrest,” the release states.

Mace had been living in a camper trailer on the Vidalia riverfront for more than a year, the sheriff’s office states.

He is believed to have contacted a minor online, sending “lewd photos” and requesting the same from the child before arranging to meet the child on Tuesday night.

Mace has been charged with computer-aided solicitation of a minor, indecent behavior with juveniles, aggravated assault on a police officer and felony criminal damage to property.

The investigation remains ongoing and further charges are pending, the sheriff’s office states.

“When a sex offender victimizes a child, that child carries the pain and suffering with them for their entire life,” Concordia Parish Sheriff David Hedrick said. The family as a whole suffers when a child is victimized. As your Sheriff, I refuse to allow child victimization and illegal narcotics that plaque our community to go unaddressed.

“I assure the citizens of our parish that I and the CPSO deputies would rather take this fight to the sex offenders and to the illegal drug distributors so that our families do not have to combat this in their homes.

“I would rather fight this criminal element in the streets to help preserve our families’ way of life. Our families should not have to deal with these issues alone. It’s past time to take a hard stand for our family and their right to enjoy a peaceful life.