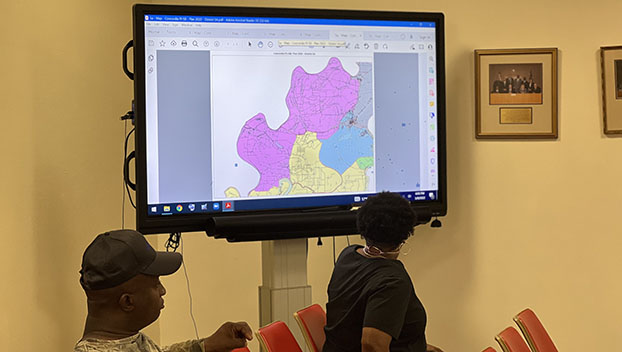 Residents look at a map showing redistricting plans for Concordia Parish during a meeting of the Police Jury. (File photo | The Natchez Democrat)

Editor’s Note: Links to maps of the new districts of Concordia Parish are included at the bottom of this story.

The redistricting plan would move some voters from one district to another to account for population shifts as noted in the 2020 Census.

Bill Blair of Strategic Demographics previously told Concordia officials that the changes to the districts were minor.

The districts needed small adjustments with the end goal of having less than a 5 percent deviation in the population of each district, he said.

Click below to view maps of the new districts: