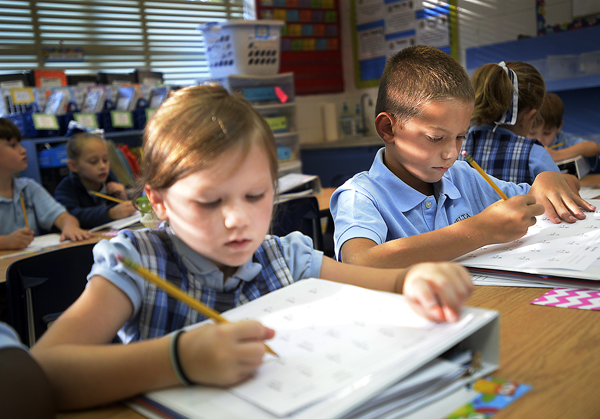 VIDALIA, La. — The Concordia Parish School Board sat in executive session for more than an hour Thursday to discuss its ongoing federal lawsuit against Delta Charter School.

As a result of this lawsuit, the United States District Court ordered in 2017 limitations be placed on Delta Charter School’s student population by the number of students and their racial demographic.

Meetings in executive sessions are closed to the public and to the media.

Back in open session, board member Raymond Riley offered the motion “to oppose Delta Charter School’s pending motion to dismiss” the school from “pending desegregation litigation.” His motion further said the school board would “not seek to recover attorneys’ fees from Delta Charter School” related to the monitoring of the school’s compliance with court-ordered obligations in the lawsuit.

Riley later explained the action would keep the lawsuit in place so that Delta Charter School would not be able to “take whatever students they want.”

The school board initially filed a motion in federal court in June 2014 alleging that Delta Charter operated in violation of a consent order which allowed the school to open in 2013.

This agreement reportedly stated Delta Charter would open with 230 students and would be able to increase enrollment by 30 students a year to a maximum of 300 students.

As of a ruling in June 2017, Delta Charter must recruit students under an ordinance which caps the number of Concordia Parish students enrolled at 350 students and the overall enrollment at 500 students while giving minority Black students first priority when granting students admittance.

Ferriday residents have been outspoken about their displeasure with the restrictions on Delta Charter School. Some have said the enrollment process prevented siblings from going to the same school while allowing other students of the same grade level to attend Delta Charter when they live outside of Concordia Parish.

The redistricting plan would move some voters from one district to another to account for population shifts.

Bill Blair of Strategic Demographics previously told Concordia officials that the changes to the districts were minor. The districts needed small adjustments with the end goal of having less than a 5 percent deviation in the population of each district.