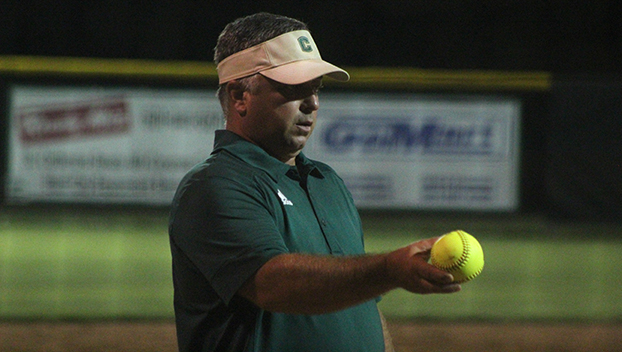 NATCHEZ — Cathedral had a fantastic season in softball and won a district championship. They finished with a 21-8 record and at one point had a 17-game win streak.

The Green Wave’s district championship was the first one they had won since joining the MAIS. Head Coach Craig Beesley said he was proud of the season, which also earned him The Natchez Democrat 2022 All-Metro Softball Coach of the Year.

“All the credit goes back to those kids. They made great strides,” Beesley said. “I’m glad I’m able to guide them.”

Cathedral had a unique team in which seniors and freshmen contributed equally to the team’s success, he said. Marlie Hargon was one of a few sophomores on the team. She will return next year and likely be the leader of the squad.

Despite their difference in age and maturity, the girls meshed well on the field and got along well. Their camaraderie was exceptional and it showed in their performance on the field, he said.

That spirit paid off when the squad got in some close games. One of those was a 7-6 walk-off against Adams County Christian School to reach the state softball tournament. However, the biggest win of the season was against Copiah Academy when KG Fisher blasted a home run to lift the Green Wave to victory and a district title.

“It was a game I will remember for a long time,” Beesley said. “At the end of the year, your goal is to make it to the south state and win a district title. We want to repeat. We know there are a lot of teams in our district. We will have a target on our back and everyone will play hard against us.”

Cathedral will have to take on next season without senior Lauren Dunbar who is our All-Metro Player of the Year in softball. Her presence will be missed as she heads off to East Central Community College to play softball.

“I’m proud to see Lauren move on up,” Beesley said. “Hopefully some of these young girls will strive for the future and make it there.”