NATCHEZ — The man who police say fired shots at a car dealership before fleeing on foot Thursday faces a felony weapons charge.

Natchez Police arrested Devonte Perry, 30, on Thursday for shooting at the Natchez Chevrolet GMC car dealership on Devereux Drive, prompting a lockdown of the Natchez High School nearby. 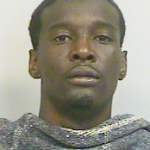 Officers were dispatched at approximately 2 p.m. Thursday in response to a “disgruntled customer” who reportedly fired a weapon into the air at the business, authorities stated in a news release. No injuries were reported.

Perry was later charged with the misdemeanor charge of shooting inside of city limits and with carrying a concealed weapon as a convicted felon, which is a felony. He was being detained without bond as of Friday. Perry was previously convicted of simple robbery in Adams County, authorities said.

While en route to the business on Thursday, an officer saw Perry run into a wooded area adjacent to the high school, prompting the lockdown at the nearby high school.

“In light of recent events, the Natchez Police Department in collaboration with the Natchez Adams School District chose to err on the side of caution and the school was placed on lockdown until Perry could be located,” authorities stated in the news release. “The safety of students and faculty is extremely important and we wanted to put parents’ minds at ease. All available officers formed a perimeter around the area (which) we believe forced Perry to head away from the school.”

An Adams County Sheriff’s deputy who was on his way to assist with the situation saw Perry in the area of U.S. 61 North at the city limits, the release states. The deputy took him into custody and recovered a .32 caliber semi-automatic handgun from Perry’s pocket.

Natchez Police Chief Joseph Daughtry said Thursday that he didn’t feel the school was ever under any imminent threat but respected the police lieutenant’s and school official’s decision to lock down the school as an added layer of precaution.

“The safety of our babies will always come first,” he said.