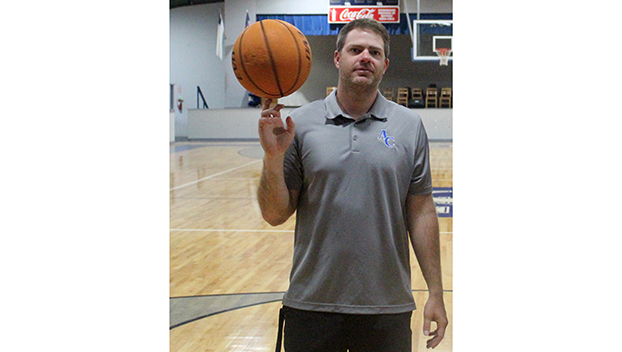 NATCHEZ — Adams County Christian School Head Coach Matthew Freeman counts himself blessed to have been surrounded by athletic talent this season. His squad won a district tournament and reached the state tournament in Brookhaven.

AC made a run in the state tournament on the backs of five football playing seniors and a basketball player, but came up two games shy of a state championship. His team gelled well on the court and played with a lot of energy.

In the end, he said the lack of basketball experience is what cost them the title as they fell to Bayou Academy and Starkville Academy. However, his squad went the furthest of any local high school team which earned him the 2022 The Natchez Democrat All-Metro Boys Basketball Coach of the Year.

“It is an honor. I’m very honored to receive this recognition in my third season,” Freeman said. “I was blessed to be surrounded by some tremendous athletes. I knew if they were willing to put in the time we could make a great run out of it. It was a fun season and one I will remember forever.”

AC’s season will motivate the squad for next year and it taught Freeman some lessons. He learned you could not practice basketball three or four months out of the year. Instead, teams who want to be elite basketball programs have to play year round.

One of the ways Freeman gets players to play year round is through an Amateur Athletic Union Basketball team. They play in the summer and are a way to keep players in playing shape. Freeman is pushing his younger players to get involved.

June 24 to 26, 2022, Freeman will host the first Annual Rising Stars Showcase for girls and boys basketball from seventh to ninth grades. The tournament will be held at AC and the entry fee is $200 per team with three games guaranteed.

“I would love to have a bunch of Natchez teams play against some elite teams,” he said.

The Rebels Junior Varsity team won its third straight district championship this season. He said the reason they have success is by getting the best athletes out of the halls as AC and getting them on the court.

As those players get older, they start to focus on other sports and drop basketball. Freeman said his hope for the future is to find the basketball players and build teams around them.

“We are trying to compete for a state championship every year,” Freeman said. “It will be a process and one you have to start in the sixth and seventh grades with kids. Basketball has to become their passion and you have to find gym rats, kids who want to play basketball. It takes one person to practice basketball, it just takes a ball and a goal.”

Coaching is his passion because sports were his life growing up. He enjoys the fast paced tempo of the game and how it is non-stop, end to end action. Freeman plans to coach basketball as long as he can.

He put a lot of time into playing sports and now spends his time pouring into kids.

“I’m trying to motivate these kids to be the best student athletes they can be,” Freeman said. “There are things I see now as a coach that I didn’t see as a player. It’s a battle to get them to understand what I understand now. A lot of these kids aren’t willing to put in the amount of work it takes to be great. There are only so many players who go on to play college basketball. You have to be willing to put in the work.”