NATCHEZ — Natchez police have arrested two men for unrelated shootings that took place last week, both of which involve what the police chief described as people settling “differences with weapons.” 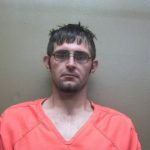 Natchez Police Chief Joseph Daughtry said Smokey Joe Wilson, 28, of Natchez was charged Friday with shooting at another man’s truck by the Mississippi River Bridge. According to authorities, Dustin McKlemurry was exiting the bridge coming into Natchez from Vidalia when he was cut off at Government Fleet Road where Wilson started shooting at his truck.

No one was injured, Daughtry said.

“I don’t know what to say to this,” Daughtry said. “People want to settle differences with weapons like there is no law and order and no repercussions. I don’t get it.”

Daughtry said the weapon used was recovered at the scene and Wilson was taken into custody.

Wilson is charged with aggravated assault, malicious mischief, shooting into a vehicle and shooting inside of city limits. He was being held on a $55,000 bond as of Monday.

Natchez Police made another aggravated assault arrest on Friday, stemming from a May 31 nighttime incident in which a man pulled up to a woman’s house on Watts Avenue and started shooting. 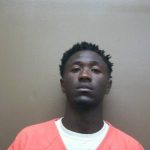 After further investigation, police obtained a warrant for LaDarrius Lowe, 26.

Lowe is charged with aggravated assault and has a probation hold from the Mississippi Department of Corrections. He is detained with no bond, Daughtry said.

“I want to give a shoutout to our CID (Criminal Investigative Division) who worked hard on these cases. Individuals that try to hurt or harm citizens, we’re going to get them and we’re going to put them away. … We will do everything we can to bring justice and closure to families.”