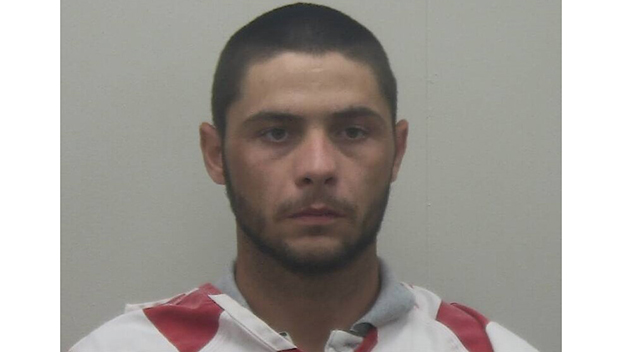 Christopher Stallings 30, was stopped by patrol deputies after speeding through Ridgecrest in a vehicle that had been reported stolen and ran away on foot before he was caught during another automobile theft. (Submitted photo)

RIDGECREST, La. — Law enforcement officers stopped a man driving more than 80 mph through Ridgecrest, Louisiana, in a vehicle that had been reported stolen and he fled on foot before being captured at a similar crime on Sunday, according to a release from Concordia Parish Sheriff’s Office.

At around 12:20 a.m. Sunday, Christopher Stallings, 30, was stopped by patrol deputies after speeding through Ridgecrest, authorities said.

When the vehicle came to a stop, Stallings exited the vehicle and fled on foot. However, deputies were able to identify Stallings before he ran. He also had a firearm that had been reported stolen, authorities said.

The license plate numbers on the vehicle matched one which had been reported stolen from a nearby residence. Officers contacted the homeowners where the vehicle had been taken and learned that the suspect had pried open a door while the residents slept, entered the house and took the keys to the vehicle.

Several hours after Stallings escaped the traffic stop, deputies responded to another home invasion and vehicle theft. Investigators received a description of this vehicle and the suspect from a local store and shortly after and arrested Stallings without incident.

He was detained without bond as of Tuesday.