Where do I vote today? Don’t miss opportunity in Mississippi congressional primary 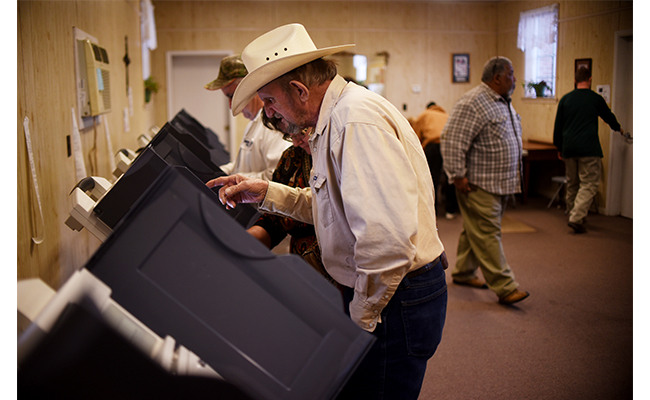 Ray Chaplin casts his vote while being assisted by his wife, Jeanie Chaplin, due to an eye condition, during the 2018 U.S. Senate Run Off elections at the Lovely Lane Church in Natchez. ( File photo | The Natchez Democrat)

NATCHEZ — Today, Mississippians will vote for members of the U.S. House of Representatives from their respective congressional districts.

Because this is a primary election, voters must choose between either Democrat or Republican candidates before they vote and only candidates of their party will appear on the ballot. The most vote-getters from either party will face the other in a general election on Nov. 8. If no candidate gets 50% of the vote, primary runoff elections between the top two will be held on June 28.

Not sure where you’re supposed to vote today? Click the link below.

You can also check your registration status online at www.yallvote.ms to verify if you are an active registered voter.

All voters should have a photo ID. However, those who do not have a photo ID or whose name does not appear in the voter registration book still have the option to fill out an affidavit ballot.

On the Democratic ballot, the incumbent Congressman Bennie Thompson is seeking re-election and is challenged by Jerry Kerner.