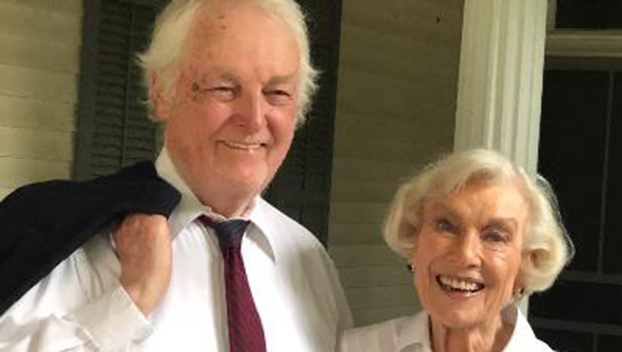 The late Danny O'Beirne and his wife, the late Virginia O'Beirne. (Submitted)

O’Beirne practiced law in Natchez for more than 50 years and served in the 1960s as a prosecutor for the City of Natchez.

“I knew Danny all my life. He grew up on O’Beirne Curve on Homochitto Street, as we used to call it,” said Tony Byrne, former mayor of Natchez. “Danny went to Mississippi State while I was there.”

O’Beirne served as city prosecutor during the turbulent Civil Rights era in Natchez.

“He was highly involved in the prosecution and non-prosecution of people during that time,” Byrne said.

He said O’Beirne loved to talk.

“Sometimes you would try to make a get away and he would grab you by the collar,” Byrne said. “That was mostly in his later years and usually at the post office. He loved to have a conversation.”

“He was a worthy adversary in the various trials over the years he and I engaged in. He was strong in his beliefs,” Brown said.

O’Beirne was a devout Catholic and devout Irishman, he said.

“He often spoke about he proud he was of his Irish heritage. His parents were Irish immigrants. He came from a wonderful family who were very worthy, productive citizens,” Brown said.

Visitation for O’Beirne is Sunday at 1 p.m. at St. Mary Basilica in Natchez, followed by a funeral mass at 2 p.m. Burial will be in Natchez City Cemetery.