Teachers to get bi-monthly paychecks in Concordia Parish 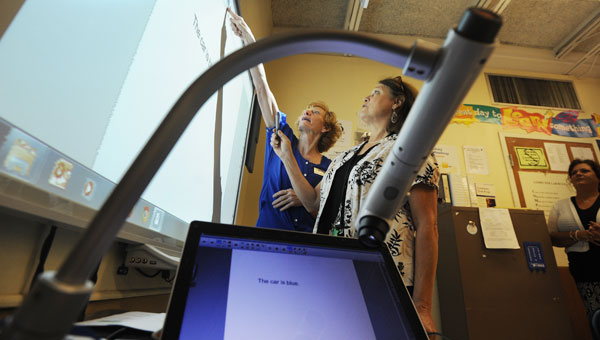 NATCHEZ — The Concordia Parish School Board decided to give teachers bi-monthly instead of monthly paychecks beginning July 1, but the decision wasn’t unanimous.

During Thursday’s meeting, the school board was divided on the issue of when the switch to bi-monthly pay should start. Some wanted it to wait until July 2023 to give the payroll department time to program the changes and allow the school district personnel more time to respond to surveys about whether or not they wanted two checks each month instead of one.

The school board polled employees twice before. During the initial poll, 60% of employees responded and in the second, 70% responded, said Fred Marsalis Jr., who is the business manager for the school district. Both times, 60% were in favor of getting two paychecks a month and 40% were not, Marsalis said.

Board member Lisette Forman offered a motion to wait until 2023 to start the new payroll and survey the employees again in January with the goal of getting at least 75% to respond.

In a subsequent motion by Riley to start the bi-monthly payroll on July 1, 2022, the same board members who voted no to the first motion voted yes and it passed 5-4. Warren Enterkin, Niki Perre, Ricky Raven and Forman voted no.

Only one board member, Enterkin, said he was totally against having bi-monthly pay.

“I’m against the bi-monthly payroll period,” Enterkin said. “I see a lot of problems with it.”

Enterkin added he is concerned for district employees who have a low income.

“House notes and car notes come monthly in the real world. I don’t think the credit card company is going to have a bi-monthly bill, so I think these people are going to have a real problem,” he said.

The remainder of the school board expressed favor for bi-monthly pay, primarily out of concern for how long teachers, particularly first-year teachers, have to wait for their paychecks. Teachers do get paid over the summer for the prior school year’s pay period. However, a teacher starting work in August wouldn’t get a paycheck until September, Marsalis explained.

Marsalis said his department conducted research on the switch before the school board’s decision and made sure that the new payment system wouldn’t cost the school district extra dollars and wouldn’t affect the employees’ pay or taxes. The payroll department also conducted a “dummy run” by giving a sample group of 15 employees extra $0 checks to see that it would work properly, he said.

A lot of work goes into giving each of those workers 24 checks instead of 12 checks a year, Marsalis said to the school board.

“You’re doubling the workload,” he said.

School board member Butcher argued that payroll is computer generated and the bulk of the work would come from initially programming the checks into the system.

Marsalis said if the board wanted to start the new payroll method on July 1, it could be done and he has a plan in place to allow them to do so.

“It’s not a matter of if can we handle it or not,” Marsalis said. “If the board wants to go forward with it, it’s our job to see it through. I do want to make sure that everyone involved is correctly and fairly compensated for it.”

The school board also discussed giving payroll workers a stipend to compensate them for the increased workload but no action on that matter was taken.

“When you say being fairly compensated, that is based on your current hourly rate,” Butcher said.