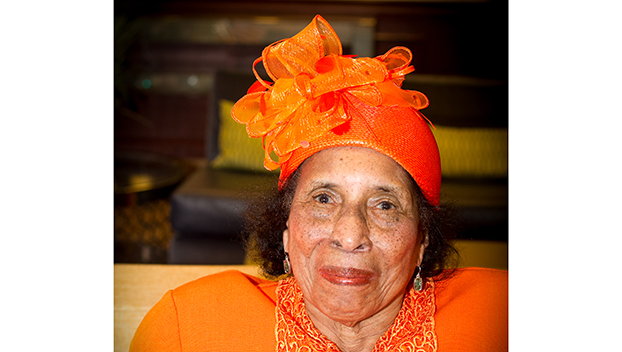 On the blessed day of May 14, 1929, a beautiful baby girl, Eunice Clark, was born to Julius and Tiney Green Clark, in Fayette, Mississippi.  “Molly” as she was affectionately known, surrounded by loved ones, entered into eternal peace and rest, and into the outstretched arms of her Heavenly Father on the evening of Thursday, June 2, 2022.

Eunice was the sixth of eleven children.  She was given the nicknames “Molly” and affectionately “Bo Bae” by the doting father.  She was reared in a foundation of love, faith, joy and trust laid by her parents and in the reverence of our Lord and Savior Jesus Christ.

That foundation was – “Trust in the Lord with all of your might and lean not to your own understanding.” Proverbs 3:5-6

In her early adulthood, she met and married her King, Purvis Reed, and became as one together with their first-born sons, Charles and Monroe. They moved to New Orleans in 1948 and lived a prosperous life. To this union, they were blessed with four children.

During her best days, she was a successful entrepreneur, meeting the community’s needs.  Molly enjoyed fishing, visiting with the sick and shut-in and being the first “Uber” driver – even before Uber existed.  She also was committed to her soap operas, games shows and judge shows.

She was a faithful member of Pine Grove Baptist Church, serving as an Usher for many years until failing health sat her down; under the leadership of the late Reverend J. McField and Reverend Percy Turner.  She was a member of the Mount Valley Chapter No. 29, Order of the Eastern Star and the Mt. Pleasant Methodist Benevolent Society.