Aldermen say no to alcohol at community pool; ask for audit of pool funds 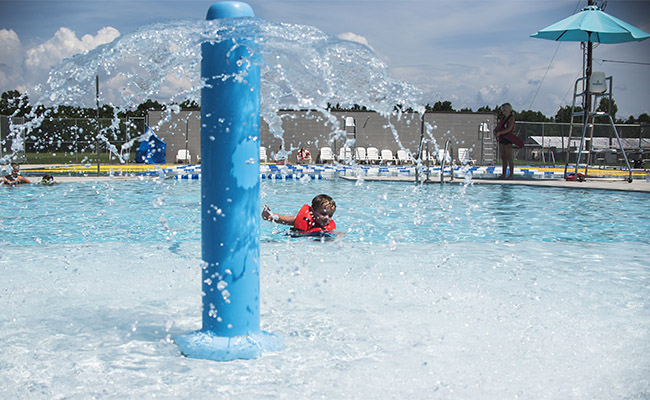 A child swims in the shallow end at the Natchez Community Pool. (File photo | The Natchez Democrat)

NATCHEZ — Ward 1 Alderwoman Valencia Hall made it clear she disagrees with allowing individuals who rent the Natchez-Adams County Community Pool to serve or sell alcohol.

“The policy explicitly states no alcohol. Allowing alcohol at the pool exposes us to an extreme liability,” Hall said at the meeting of the Mayor and Board of Aldermen on Tuesday.

The issue arose when readers pointed out a flyer on social media advertising an adult pool party set for June 24 at the community pool. It read that wristbands allowing entry were $15 and only those 21 and older were allowed. The flyer also featured artwork of alcoholic beverages.

“Yes, you can serve alcohol. It must be in Styrofoam cups and in a certain area. And there can be no glass bottles. We did two parties and allowed alcohol last year,” Ware said when contacted last week. He said two deputies would be on duty for the June 24 party.

However, the contract for pool rental provided by an employee at the pool reads no alcohol is allowed at the pool at any time.

“I wasn’t aware that we rent out the pool for a private event for per-head cost when serving alcohol. I think most people would agree alcohol and water make a dangerous combination. But we have to remember, when dealing with taxpayer money, we need to account for that money,” Dillard said.

Hall made a motion to ask that an independent auditing firm be hired to audit the pool’s funds beginning at July 24, 2020, and asked that the county split the cost of the audit with the city. She originally included in her motion that the June 24 party not be allowed to include alcohol.

However, her motion was withdrawn when it proved unnecessary.

“The current policy does not allow alcohol. They should abide by that policy,” said Sarah Carter Smith, Ward 3 alderwoman.