Hospitality and a Hole in One: Women’s Pro Tournament at Beau Pre gets under way 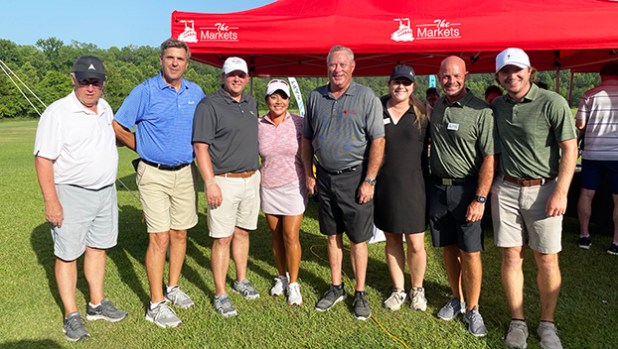 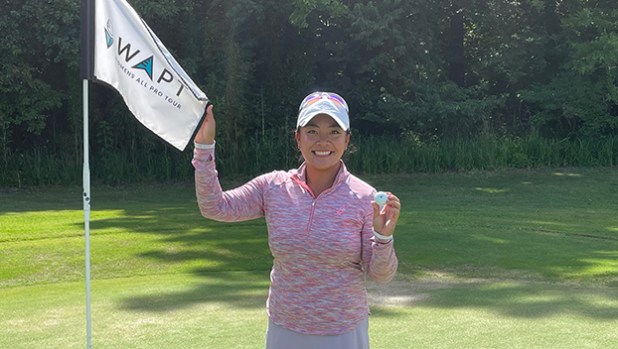 Mariel Galdiano stands at the 16th hole of the Beau Pre County Club Golf Course, where she sunk a hole in one on Monday. 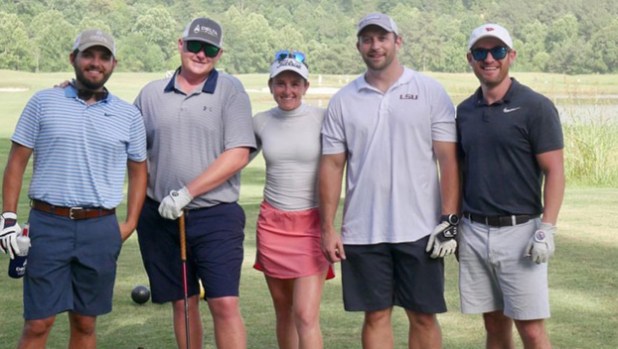 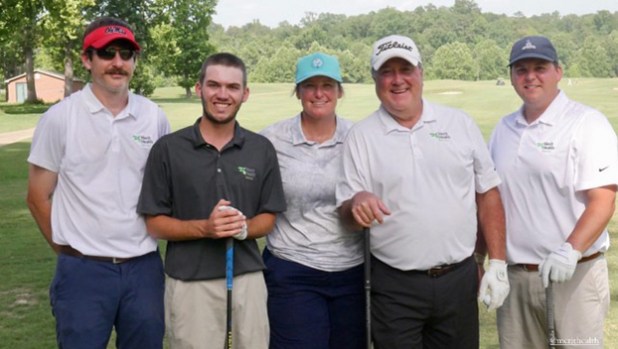 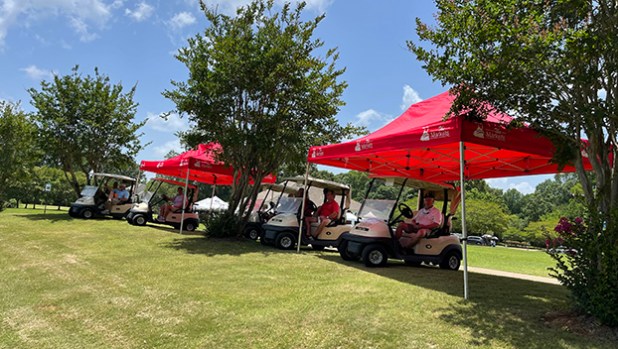 Golfers at the ready to begin play on Monday. 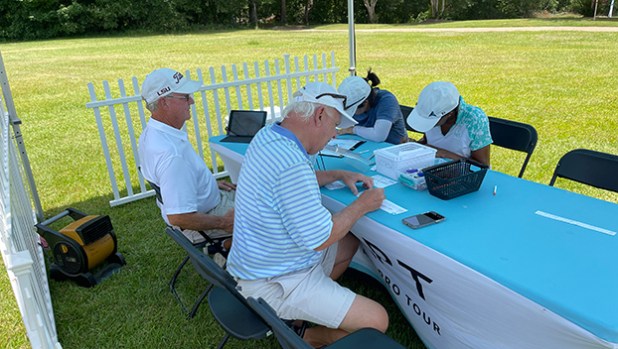 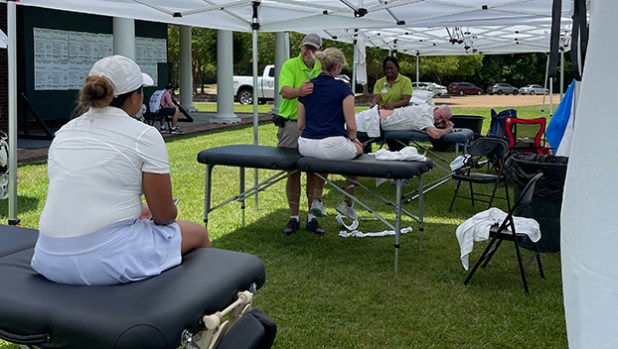 Athletic trainers provided by Merit Health Natchez treat golfers before, during and after Monday’s Pro Am tourney. 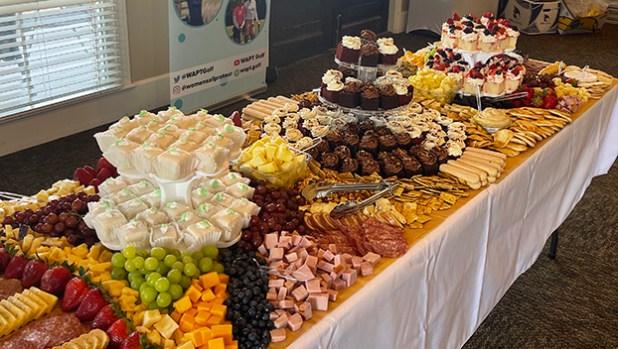 Just one of many tables of food provided for golfers and Beau Pre members by Barry and Sue Loy and The Markets.

She shot a hole in one at Beau Pre Country Club on the 16th hole while playing in the Women’s All Pro Tour Pro-Am Tournament.

The event was the kick off to the annual WAPT Merit Health Natchez Classic at Beau Pre. Teams of four local golfers were paired with one professional for Monday’s Pro-Am.

This tournament is Galdiano’s second in Natchez. She played in last year’s WAPT tournament here.

Galdiano, a native of Pearl City, Hawaii, graduated from UCLA with a degree in sociology in 2020, which she attended on a full-ride golf scholarship. Galdiano turned pro in the fall of 2020.

Galdiano has been playing golf since age five, when her father, Roger Galdiano, put a plastic golf club in her hands. She began taking lessons at age 7. Her father is in Natchez this week, working as her caddy.

“I didn’t even know the ball had gone in the hole,” she said, after cooling off from Monday’s scorching heat on the course. “I heard a lady screaming and cheering and that’s how I knew.”

She came to Natchez directly from Pinehurst, N.C., where she played in the U.S. Women’s Open.

“I missed qualifying by three shots,” she said Monday.

The tournament kicked off in earnest on Tuesday morning. The event features 69 professional golfers, all who are trying to earn their way into the Ladies Professional Golf Association. Grand prize for the winner of the tournament at Beau Pre this week is $10,000.

“They love the hospitality here. Natchez is definitely one of our favorite places,” Markham said. “They love going into the coffee shop downtown — Natchez Coffee. People know who they are and greet them and make them feel welcome. In fact, I think the ladies are going to hold their Bible study there this week.”

She said most of the women on the tour are recent college graduates — average age of about 25. They begin tournament play in March and continue through August. The tour championship will be the last week of March in Beaumont, Texas.

“Who knows? Maybe it will one day be in Natchez,” she said.

Golfers and club members gathered out back of the Beau Pre Clubhouse Monday evening, where sponsors Concordia Bank and Trust and United Mississippi Bank had tented areas with huge fans going to provide a little reprieve from the late afternoon heat. They made their way past barrels of iced down drinks to tables and tables of food  — charcuterie, barbecue, every kind of side imaginable and a plethora of desserts — served buffet style, courtesy of The Markets. The spread earned rave reviews.

The golf tournament is one of Sue Loy’s favorite times of the year. She was in charge this year of placing some of the players with host families in Natchez.

“We have 49 golfers in individual homes,” Loy said. She has three golfers staying in her home. It’s her third year as a host.

“There are also golfers in hotels and at B&Bs. Including families, there are probably 125 people in Natchez for this tournament,” she said.

“The best thing about this is these girls are so cool! They are so grateful, and they love their host homes. And their host families love them. They are from all over the world — Japan, Australia, Hong Kong, New Zealand — everywhere.”

The golfers will play Tuesday and Wednesday. Then the field will be cut and only the top 28 percent will continue in the tournament.

“They are all leaving to go to Dallas next,” Loy said. “Once we got involved with this, we had so much fun. We even dug deeper this year because we enjoy it so much.”

“The hospital got trainers out here. They treated 45 people today,” she said. “The girls absolutely loved that. To them, it was the best thing since sliced bread. One of them said, ‘No one has ever done that for us before!’ ”

Loy said Yarborough’s sponsorship of golf carts at this year’s tournament was a much-needed help to the golfers.

“His sponsorship means none of the ladies had to pay for their practice round carts, which is a huge help because they are on tight budgets,” she said. “These professional golfers much appreciate Brad Yarborough.”

“We get attached to these girls. I have three staying with me and two are repeats. I told them, ‘OK, same bedrooms as last year. You know the rules. Anything in the refrigerator is fair game. Make yourself at home.’ We follow them on the tour after they leave. It’s just so much fun.”