According to Cal Green, communications officer with the Natchez Police Department, Kendall Wayne Christmas, 40, is facing a charge of felony child abuse which stems from the department’s investigation of a report filed in January. 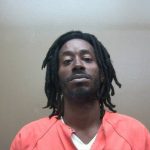 “He was accused of causing injury to children left in his care,” Green said.

The children were three, four and eight years old, she added.

More details regarding the abuse were not released.