Police arrest suspects for shooting at a vehicle with a pregnant passenger, injuring driver

NATCHEZ — Despite a gunshot victim’s refusal to answer questions from police, Natchez Police Officers were still able to identify and arrest two individuals suspected of shooting near the Zippy Store on Old Washington Road on Saturday.

Police arrested 22-year-old Ahmad Latrell Shannon and 20-year-old Anthony Thompson Jr. for allegedly shooting at a vehicle with a pregnant woman inside and injuring the driver. 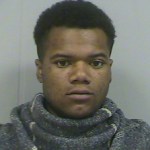 Both have been charged with three counts of aggravated assault. The charges include one count for George Smith, the driver. Another count is for Dantashia McGuire and the third count is for her unborn child. Both were unharmed.

Officers were dispatched to the area of the Zippy Store on Old Washington Road to respond to gunshots fired into a vehicle at approximately 9:45 p.m. on Saturday, June 11. Apparently, Smith was driving away from the area of the convenience store when someone in another car blocked him in and opened fire.

Upon their arrival, police found Smith with a gunshot wound to his upper back area. He was airlifted from Merit Health Natchez to Jackson for treatment of his injury. 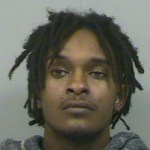 McGuire was riding as a passenger in the vehicle and called 9-1-1 to report the shooting. She was taken to the hospital to be checked on but was OK, authorities said.

Commander Cal Green of the Natchez Police Department said Monday that Smith refused to cooperate with an investigation into his shooting.