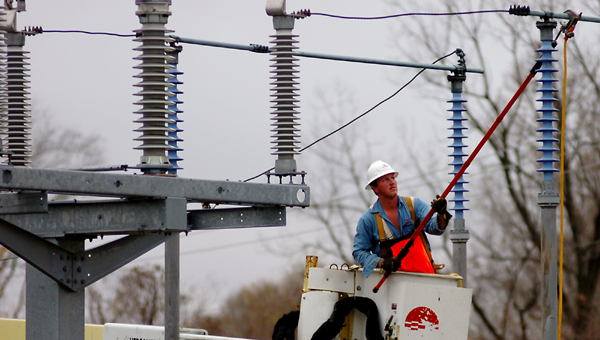 JACKSON — A lawsuit regarding operations at the Grand Gulf nuclear plant in Port Gibson has resulted in a $300 million settlement that will benefit Entergy Mississippi customers, the Mississippi Public Service Commission announced on Thursday.

The announcement from the PSC states the settlement is the result of litigation before the Federal Energy Regulatory Commission that began in 2017, regarding “certain accounting and financing aspects of the Grand Gulf Nuclear Power Station,” which is majority-owned by Entergy.

The settlement, “will produce cash payments or bill credits to Entergy Mississippi’s 461,000 customers, along with mitigation of future rate increases caused by volatile global energy markets,” the PSC states.

The $300 million settlement with Entergy Mississippi and other parties represents the commission’s largest cash settlement in state history.

“This global settlement for the State of Mississippi will deliver expeditious benefits to Entergy Mississippi’s customers through refunds and prospective rate reductions, plus decrease regulatory uncertainty at the Grand Gulf Nuclear Station,” the PSC states.

Each Entergy Mississippi customer would receive a one-time bill credit or check of approximately $80, which represents $35 million of the total settlement. The remaining $65 million in savings will provide additional benefits that will mitigate future costs to customers.

Entergy Mississippi, at the expense of its shareholders, will incur costs of $600,000 over the next four years for an annual audit of certain financial aspects of the Grand Gulf Nuclear Power Station, as directed by the commission.

The dispersion of this settlement will be addressed in the coming weeks, the PSC states.

“Today’s settlement is a huge win for Entergy Mississippi customers, especially in the Central District, where nearly 70% of Entergy Mississippi customers reside,” Central District Commissioner Brent Bailey said. “The $80 credit for each customer— and every other dollar that we can help customers save on their electric bill— goes back into their pockets during a time that Mississippians face increasing prices on many consumer goods and services. The conclusion of this lawsuit also allows the Commission to direct Entergy Mississippi to use $200 million to offset anticipated rate increases which will also put money back into their pockets. As Commissioner, it’s an honor to be a part of the success of this noteworthy settlement.”

Northern District Commissioner Brandon Presley added, “I thank my colleagues and the Commission’s staff for the hard work that resulted in this historic settlement. To be able to send cash back to Mississippians at a time when they are being hit with high gasoline prices at the pump and inflation at every turn is one of my proudest achievements as a Public Service Commissioner. In a global energy crisis, we have taken the lead to brunt these effects, as much as possible, and provide long-term and short-term financial benefits to our people. We will continue to hunt in every nook and cranny for ways to save Mississippians money and hold utility companies accountable.”

In a statement Thursday, Entergy said that the “taxing, financing, accounting and operating of Grand Gulf before FERC are proper, well-reasoned and in the best interest of its customers and the company.

“However, Entergy officials explained that the ongoing cost of the dispute at FERC and the uncertainty it created for customers, employees and stockholders led the company to seek a resolution,” the utility provider said.