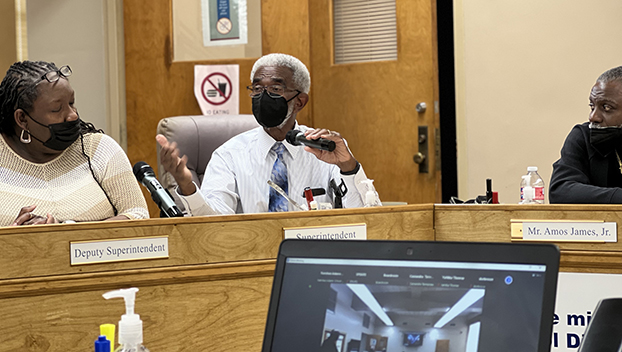 NATCHEZ — The Natchez Adams School District will spend $310,000 for new security cameras and equipment at each of its schools.

The funding will come from federal COVID-19 relief funds allocated to the district. Talon Services Group in Hattiesburg was awarded the project by the board on Tuesday.

Three other bids were also submitted from American Integrated Security Group based in New York City; Bluff City Electronics based in Memphis, Tennessee, and S and S Systems based in Itasca, Illinois.

To choose the lowest and best bid, school district officials said a reverse auction was held online on June 14, from 10 a.m. to 11 a.m. During this time, the bidding companies were able to watch what each other’s bids were and continue to bring their prices down.

“The auction started with the highest bid at $470,400 and ended with the lowest bid of $310,000 from Talon Services Group,” said School Resource Officer Director Melvin Davis.

The school district had previously allocated $450,000 for the new equipment from Elementary and Secondary School Emergency Relief (ESSER) funds created by the federal CARES Act.