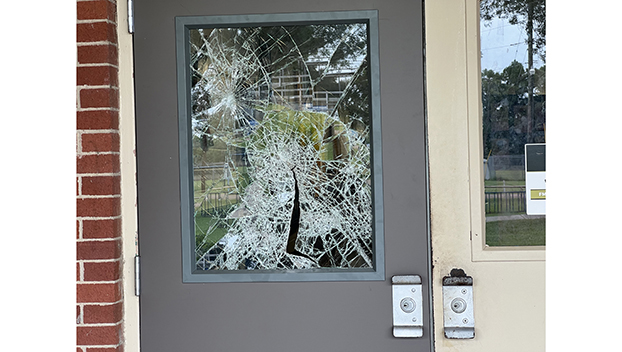 Damages are estimated to be hundreds of thousands of dollars worth and counting as the list grows, school board members said in an emergency meeting Monday.

Vidalia Police Chief Joey Merrill agreed the damages were extensive and could cost “thousands” to repair.

“It was a lot,” he said. “They went into every classroom.”

Glass windows to the building’s entrance doors were broken and it appeared every classroom in the building had been hit, Merrill said. It’s unclear whether or not the classrooms were unlocked or broken into, Merrill said, adding it remains under investigation.

Three juveniles, under age 17, were caught on video cameras entering the building and taking “small items” that have since been returned, Merrill said.

Using the video, Merrill said the juveniles were identified and each charged with burglary and vandalism. No further information about them was provided because they are juveniles.

The program was canceled Monday and Tuesday for Vidalia Junior High School only, according to a post from the school board.