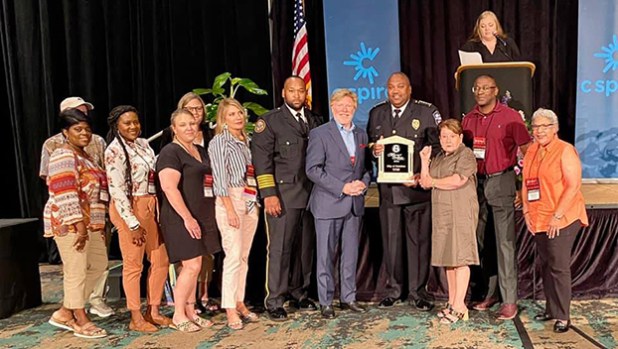 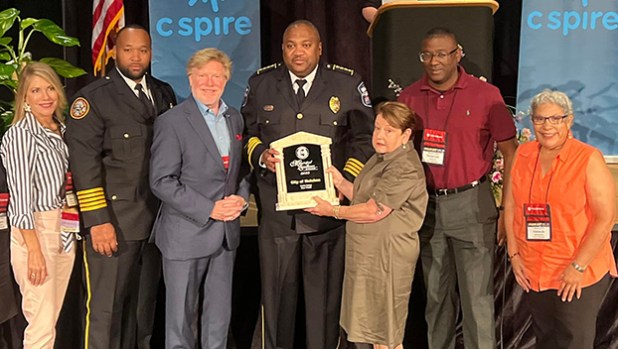 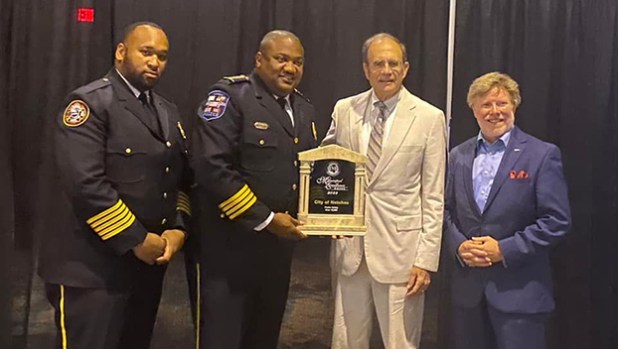 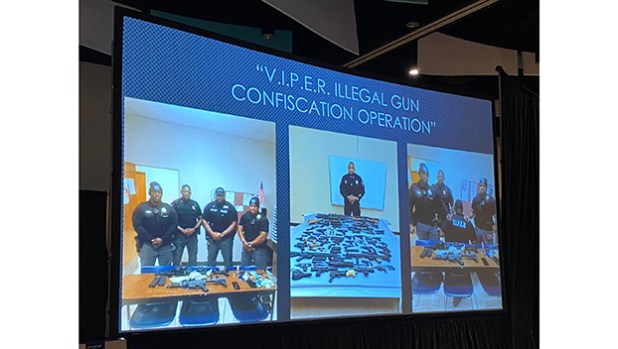 A screen at the MML conference showcases photographs of the Natchez Police Department and its new VIPER unit, which seized over 150 weapons in six months, officials said.(Submitted) 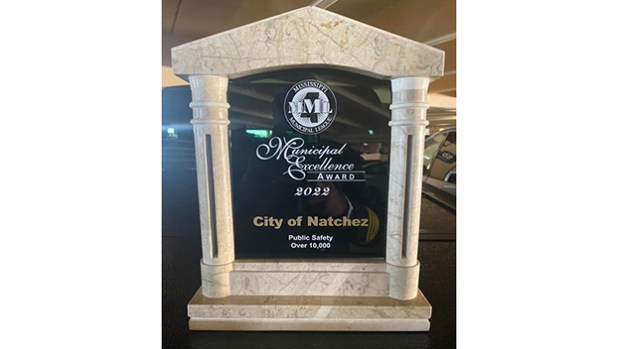 The award presented at the conference recognizes the top municipality in public safety in cities with more than 10,000 people. (Submitted)

NATCHEZ — The City of Natchez was recognized out of nearly 300 Mississippi municipalities with the Municipal Excellence Award in Public Safety in cities with more than 10,000 people.

He added the unit was responsible for taking over 150 illegal weapons off of city streets within a six-month period.

Natchez Police Chief Joseph Daughtry said the VIPER Unit’s success comes from “old school policing.” Officers are more proactive at patrolling their community, concentrating on high-crime areas and setting up checkpoints to watch for illegal drugs or weapons. During those stops, they came across weapons in the hands of people who shouldn’t have them.

“To our knowledge, this is the first time Natchez has ever received this award,” Gibson said. “Our Natchez Renewal is resulting in a safer community. Crime rates are going down, arrests are being made, and crimes are being solved. Crime Stoppers is back and working, and morale and our officer count are up. In addition, our officers have new cars, guns, equipment, uniforms, and all of the things needed to keep our city safe. I am very grateful to our Police Chief Joseph M. Daughtry Sr. and his team of outstanding men and women.”

Gibson went on to boast of other recognitions of achievements that the Natchez Police Department earned within the past year. In 2021, the city received the Crime Stoppers Top Law Enforcement Agency Award and Daughtry received the Crime Stoppers Lifetime Achievement Award. Recently, Daughtry was also named President of the Mississippi Association of Chiefs of Police.

“I get a lot of credit for a lot of things but I’m just steering the ship,” he said. “It’s the men and women of the Natchez Police Department who are buying into the vision I have for this department and are buying into a safer city.”

Daughtry also thanked Gibson and the Natchez Board of Aldermen for supporting NPD and allowing him to continue building the department up. Daughtry said he was overwhelmed by the number of leaders who shook his hand, including Mississippi Lt. Gov. Delbert Hosemann.

“I’m humbled but we still have a lot to do,” he said. “My hat is off to the men and women of the Natchez Police Department. They are working hard and I want them to know that their chief sees them and that I appreciate them.”