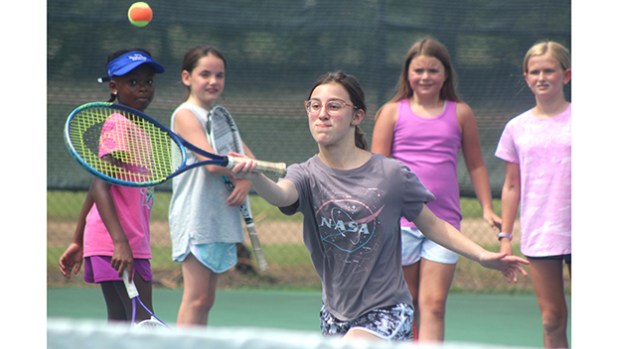 Lyla Wood focuses on hitting a ball during a tennis drill Thursday. Girls behind her watch as she stretches for a ball. Wood said one of her favorite things about the tennis camp is spending time with friends. (Hunter Cloud | The Natchez Democrat) 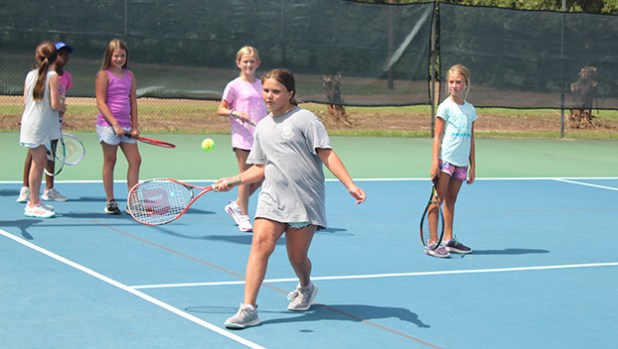 Avery Atkins swings her racket forward. Atkins is one of eight girls at the tennis camp Thursday afternoon. 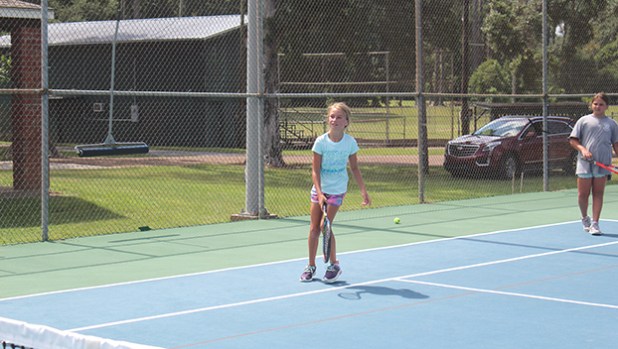 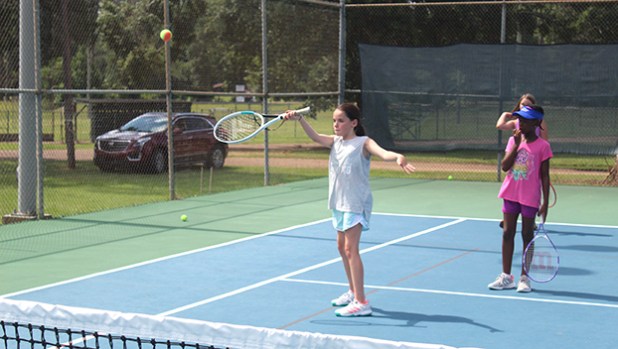 Reene Slover swings the racket through her follow through as she attempts to hit a ball down the line. 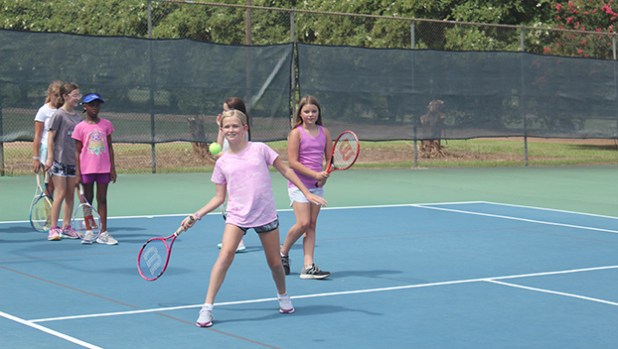 Molly McLemore eyes a ball as she prepares to hit it during a drill Thursday. She has played tennis since she was eight but this year is the first time she has learned how to properly play tennis. Coach Frankie Spence teaches kids the fundamentals of the game and strategy. 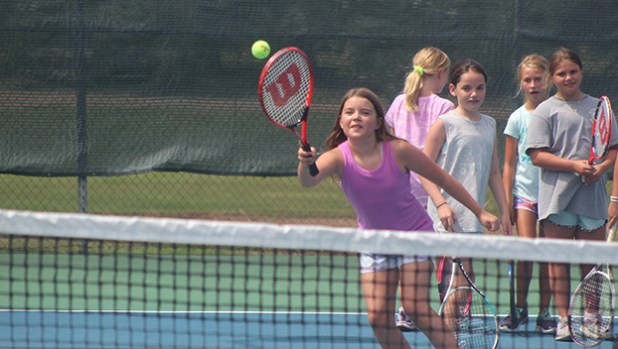 Eden Smith watches as she hit a ball down the line in a drill at a tennis camp Thursday. 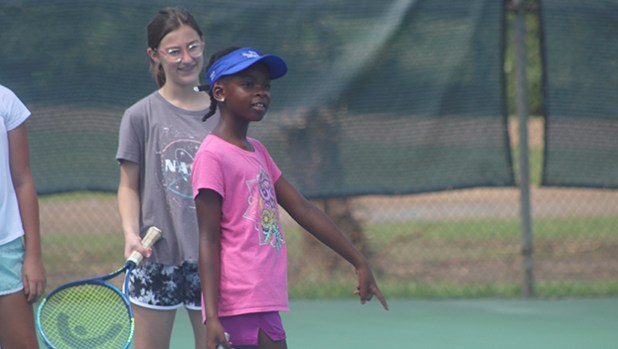 Naomi Byrd points to the court as she jokes with tennis coach Frankie Spence. 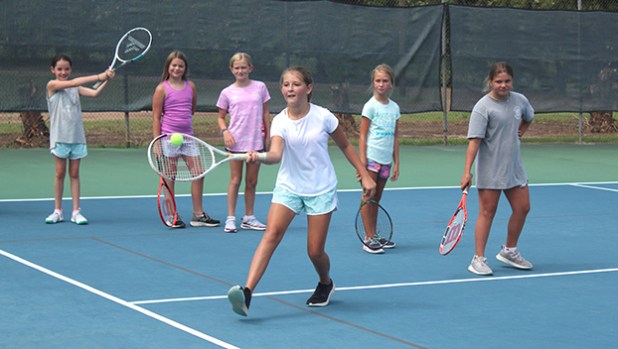 Chloe Firmin stretches to hit a ball down the line in a drill with her coach Frankie Spence at a tennis camp at Duncan Park.

NATCHEZ — Kids lined up in a single file line as tennis coach Frankie Spence tossed balls to them and set up shots down the sideline. He is working with a group of kids who are advanced beginners at the tennis courts at Duncan Park.

Molly McLemore has played tennis since she was eight and is now 11. She said she has learned a lot from the camp.

“I’ve learned how to actually play tennis. This is the first time I’ve been taught how to play tennis properly,” McLemore said.

Spence was teaching kids to hit down the line instead of across the court, a lesson he taught the high schoolers this spring. Samantha Dixon said she learned more about hitting the ball because of the camp.

“I didn’t know there was a back hand. I enjoy playing with my back hand now,” Dixon said.

Lyla Wood said she has enjoyed the camp because she has learned a lot so far. It is the first time she has picked up a tennis racket and played tennis. Camp has been fun because she could hang out with her friends more.