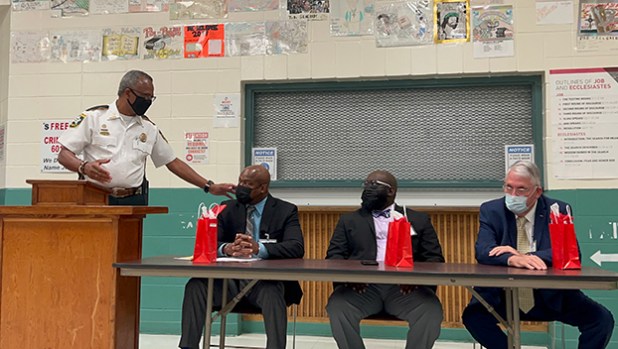 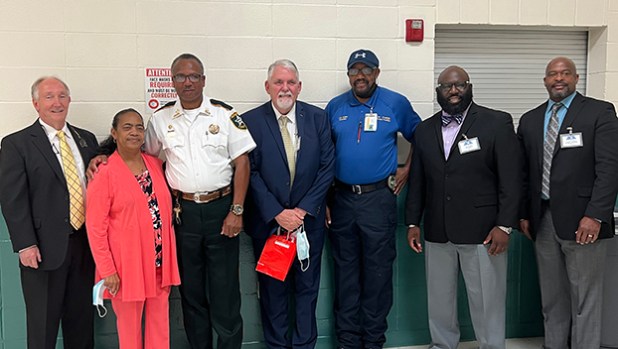 FAYETTE — Representatives of the American Correctional Association gave rave remarks to officials of the Jefferson County Sheriff’s Office and Jefferson-Franklin County Correctional Facility in Fayette on Wednesday, as the facility received its highest accreditation score.

To maintain ACA accreditation, the department’s facility and operations must be reaccredited every three years, Jefferson County Sheriff James Bailey said. During a three-day audit, the department was scored according to ACA standards.

Having a good ACA accreditation is “a big plus not only for Jefferson County but also for 15 other surrounding counties,” as a regional jail for the state, said Ed Hargett, CEO of Corrections Management Services.

Of the ACA’s 509 standards, 412 were applicable to the sheriff’s office. Of those 412, there were only two non-mandatory standards Jefferson-Franklin County Correctional missed, said auditor Gregory Knowlin. He added the only issues they found dealt with outdated design flaws with the facility that the department has no control over.

“It’s an outstanding score,” he said.

“A lot of people don’t realize, we don’t sentence offenders or punish offenders. We house them in a safe manner until a judge can pass a sentence. You guys do that here,” Knowlin said.

Each of the auditors raved about how receptive everyone had been to their recommendations and how all the staff greeted them with “southern hospitality.”

“You guys did an outstanding job in every area we looked at,” said auditor Jeff Walker, whose focus was security and fire safety. He added, “From the top down, everyone had a nice spirit. It’s not everywhere you go that makes you feel like you’re at home.”

The ACA had a few more recommendations before leaving Wednesday.

As being a correctional officer can be a thankless job at times, auditor Arthur Beeler reminded them, “Never forget to say thank you to those who deserve a thank you.”